With over 100 shops and a dozen restaurants, Glatt may not be the largest shopping centre in Switzerland, but it has the highest turnover and is also the oldest one in the country. It was opened in 1975 on the outskirts of Zurich. From the A1 motorway it can be seen from afar and is also well connected to public transport. The shopping paradise is extremely popular. What is its recipe for success? What makes it so extraordinary?

Glatt attracts nine million customers every year. There are no empty retail spaces. Instead, it uses and promotes the mix of strong and popular anchor tenants such as Migros and Globus, well-known brands and international trendsetters such as the recently opened Footlocker Store and the start-up Eden Flowers. It was also announced that Nike will move in soon. But the absolute hit at the moment is the opening of the first Lego store in Switzerland.

Long desired by many. Now it’s finally here, the first Swiss Lego store. Already at the pre-opening, media representatives, invited guests and children bustled among the countless objects and play possibilities and let themselves be seduced and inspired. For instance, a boy skilfully handled the mini-sized Lego football table with his father and shot the small balls into the goal. At the minifigure station and the building blocks pool, younger children put imaginative objects together, while the SwissLug community jumped on the "Pick a Brick" wall and filled the cups with colourful little bricks. "Above all, you have to take some of the small bricks to make the most of the volume", said one fan as he shook his full cup: Not the slightest rumble was heard – a clear sign that all the cavities were filled. A couple chose pale blue, transparent bricks to create vases for their Lego bouquets. "They can’t be fixed or artistically arranged in normal vases," as they knew from experience. And a girl raised her newly erected pink tower upwards and ran with it, shouting loudly and full of pride to her mother.

The possibilities for combinations are endless. On an area of 240 m2, the store invites all fans of the plastic pieces to realise their building dreams in a fun, creative and self-determined manner. Incidentally, a special feature of the Swiss Lego Store is the mosaic image with over 48 000 Lego elements right next to the entrance that shows Zurich's Old Town. 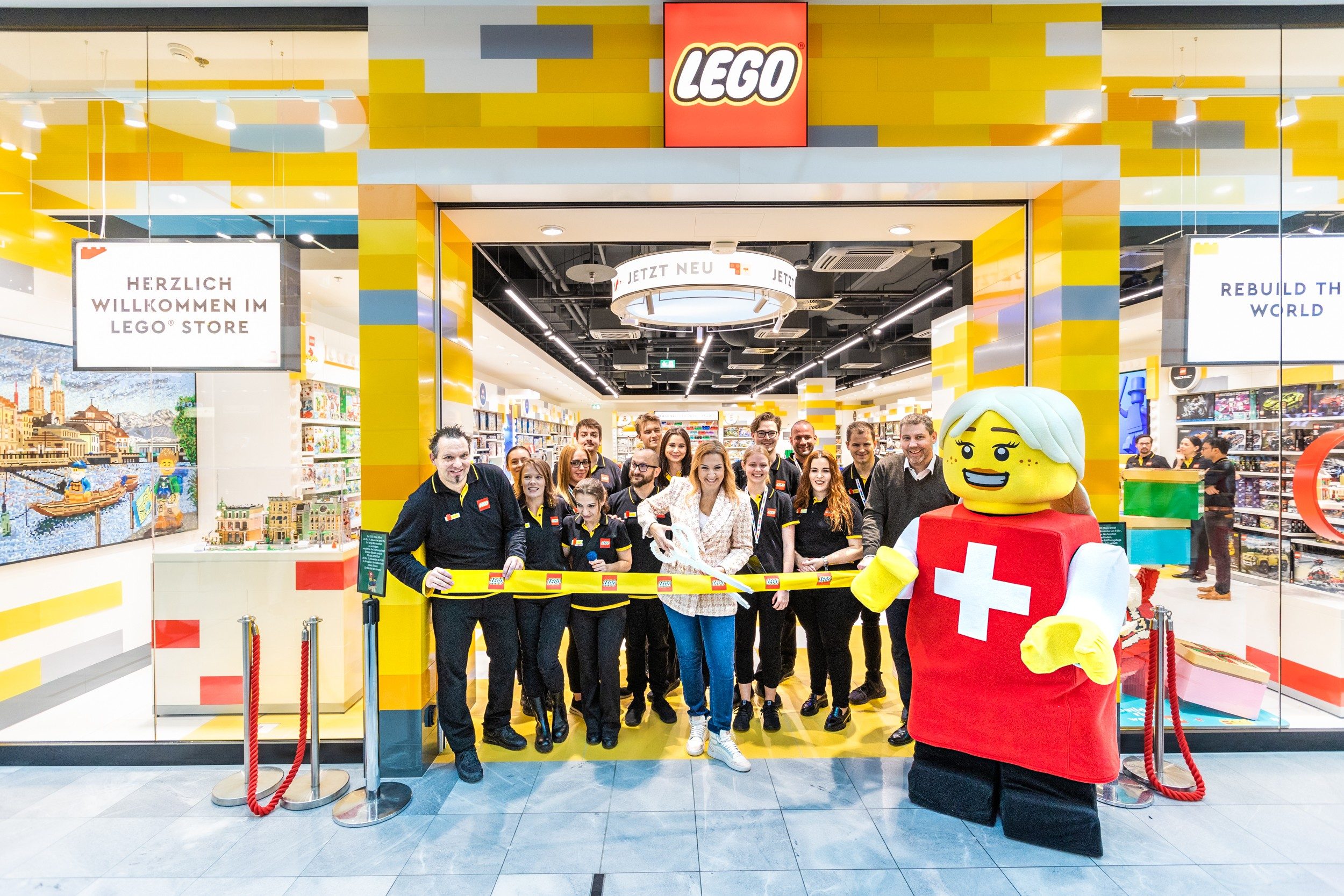 It is the diversity and variety that make Glatt so attractive to young and old alike. This also includes the plug-in stores. The Retail Concept Lab developed by Glattzentrum in 2020 is extremely successful. Situated directly at the busy location at the main entrance, a new tenant moves into the retail space every month and offers its goods, which were previously only available online or abroad, on site. In December it will be DillySocks, followed by Lush and rosebaer.ch in January and February. Thanks to this concept, customers can always try something new, while suppliers can test their products in retail without having to invest in their own stores. The retail lab is doing so well that it is fully booked for months to come.

Another success factor is the fact that the Glatt centre managers involve their tenants in various ways at events on the main areas of the mall. H&M Home was thus able to position itself with its furniture and decoration offering by making its products available for the "Glatt Sommergarten" days. At the "Glatt Fashion Stages", the various clothing stores were given a platform for their articles.

An important factor in all these activities is the strong presence on social media channels. The articles on TikTok with videos about products, events or people presented with Glatttaler coins achieve a high reach. In the meantime, a strong Glatt community has formed and was delighted that a TikTok fan meeting could finally take place again this summer after the Covid restrictions. The collaboration with Swiss TikTok stars is also innovative. Products from influencers that were available in the Glatt Centre’s restaurants for a limited period of time, such as Thispronto's Pizza or Kabee's Bubble Tea, have proved to be an absolute hit.

Every season has its special charm in the Glatt. Because of the energy shortage, the Glatt Tower is not shining brightly this year. But inside the shopping mall, visitors will be enchanted by a very special Christmas installation consisting of a giant Santa Claus and an equally large, golden sparkling reindeer. The Belgian artist Charles Kaisin created these two figures from 75 000 origamis. He and his team were busy with the artistic paper folding for about two months. And it took them around ten days to assemble and hang the dove-shaped structures on a total of 30 kilometres of thread in the Glatt Centre.

The great popularity of these installations is demonstrated by all the visitors who marvel at reindeer and Santa Claus from the different sales levels, linger on the benches or pull out their mobile phones for photos and selfies. – These are the attractions that make shopping or a stroll through the Glatt Centre an extra experience. 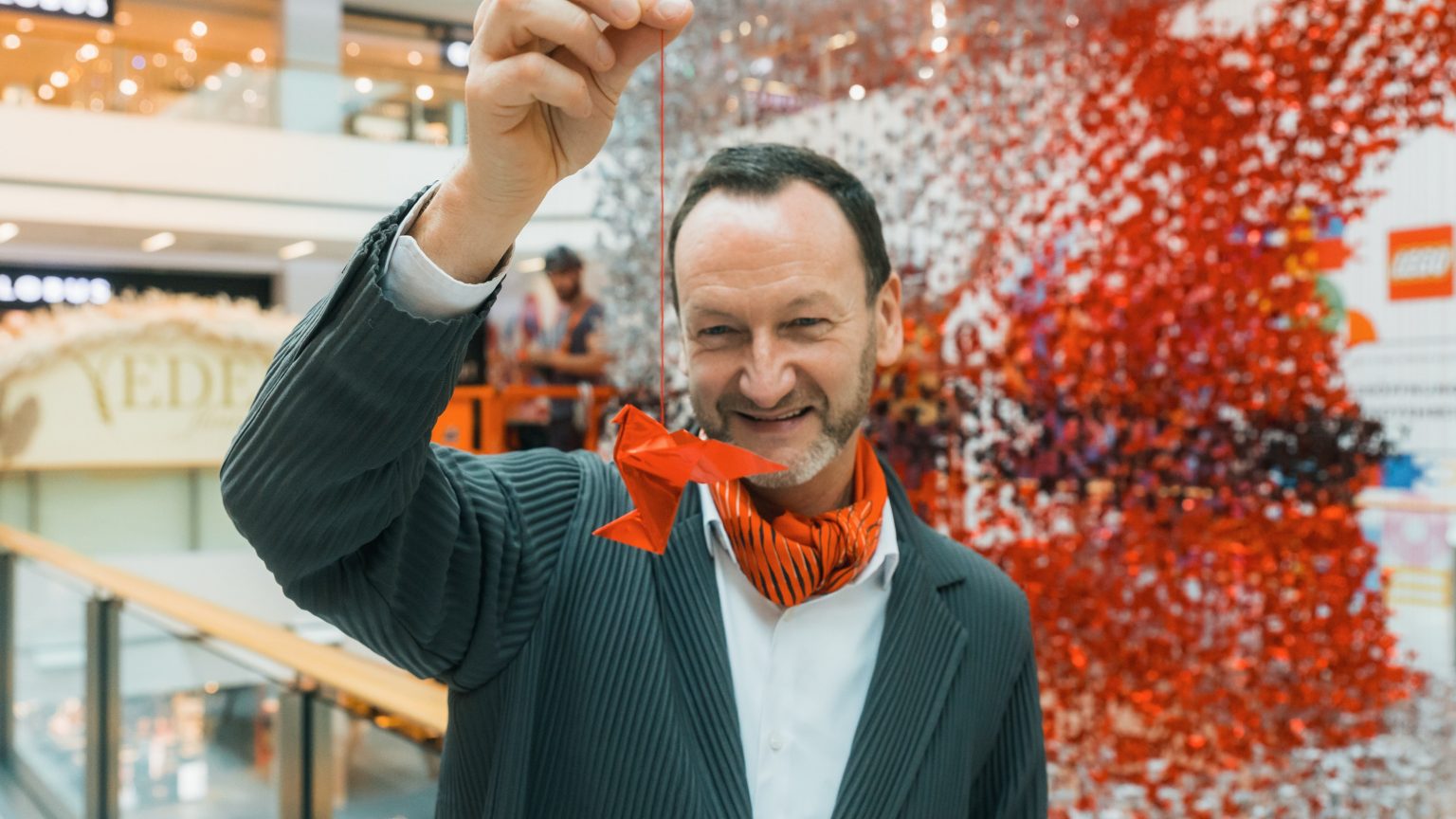 Charles Kaisin with one of his origami doves 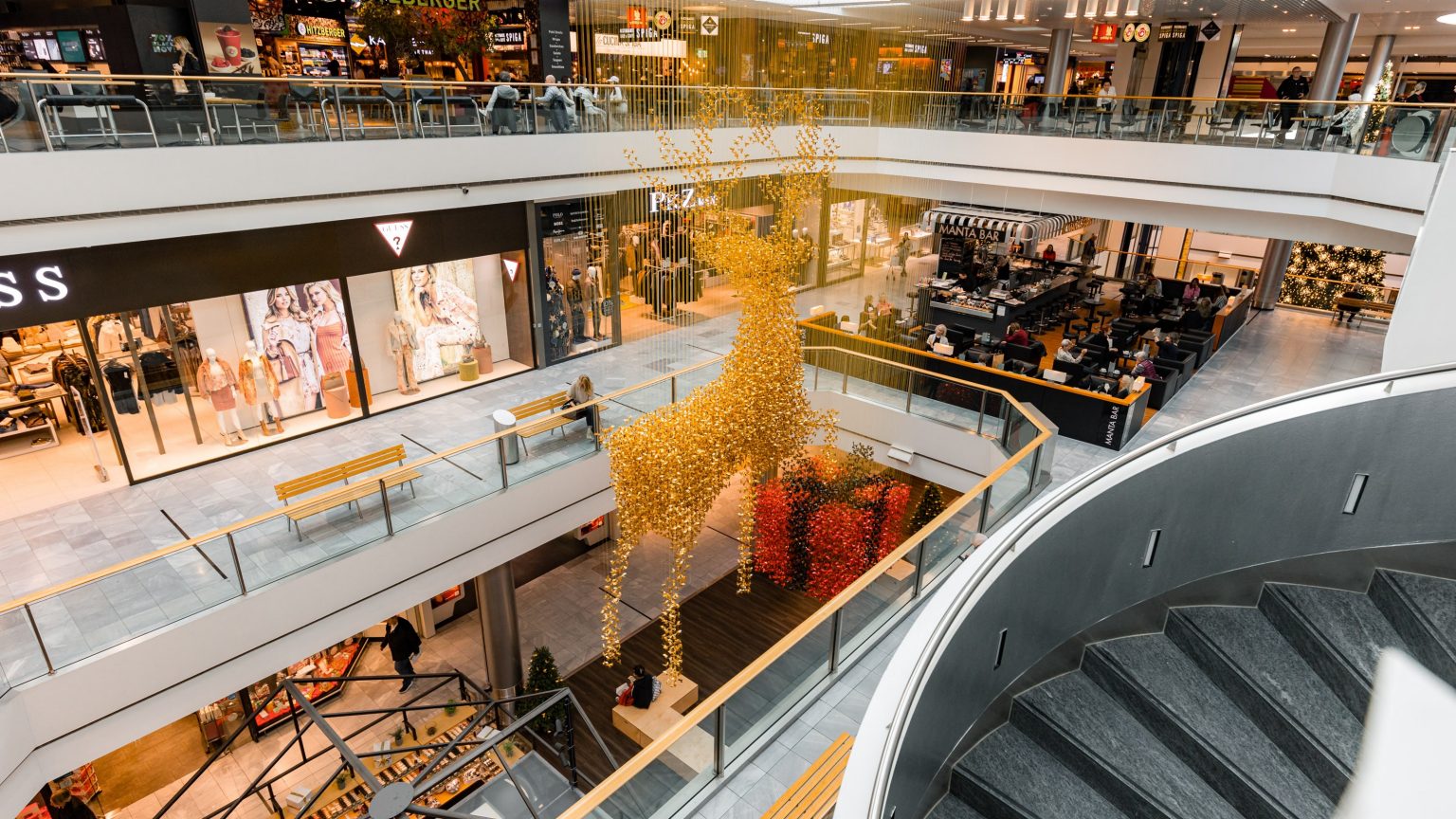 Reindeer made from origami 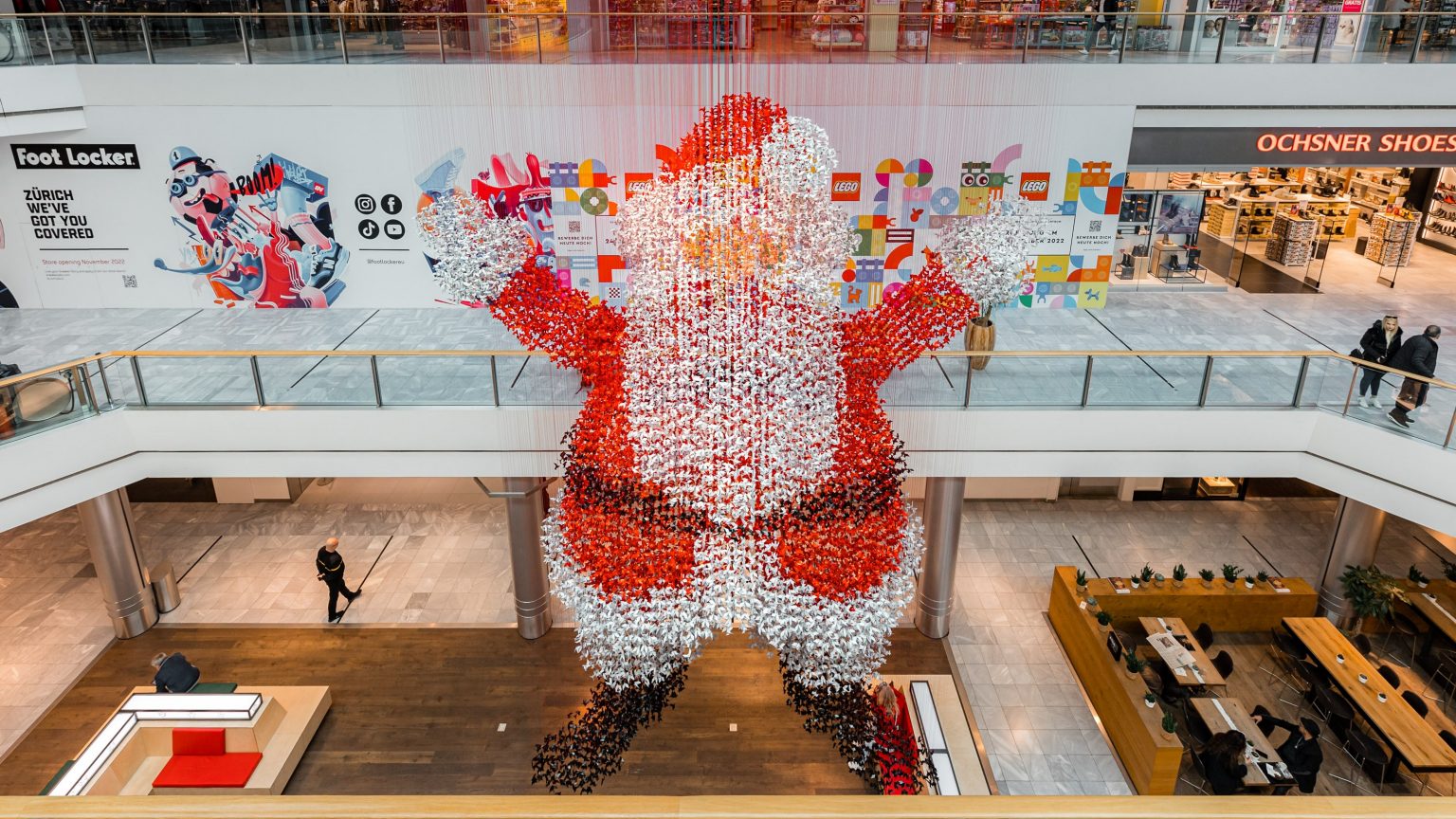 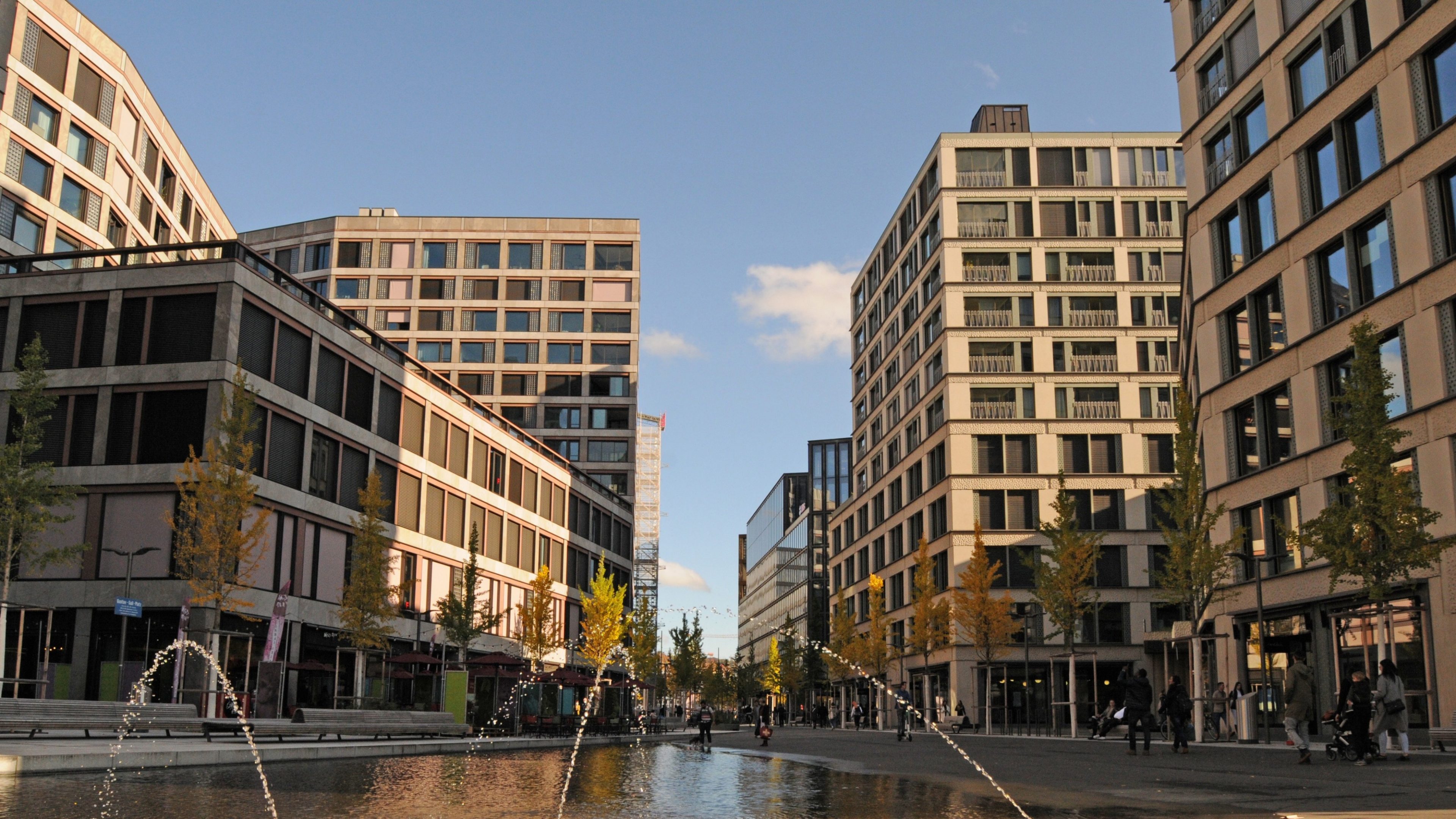 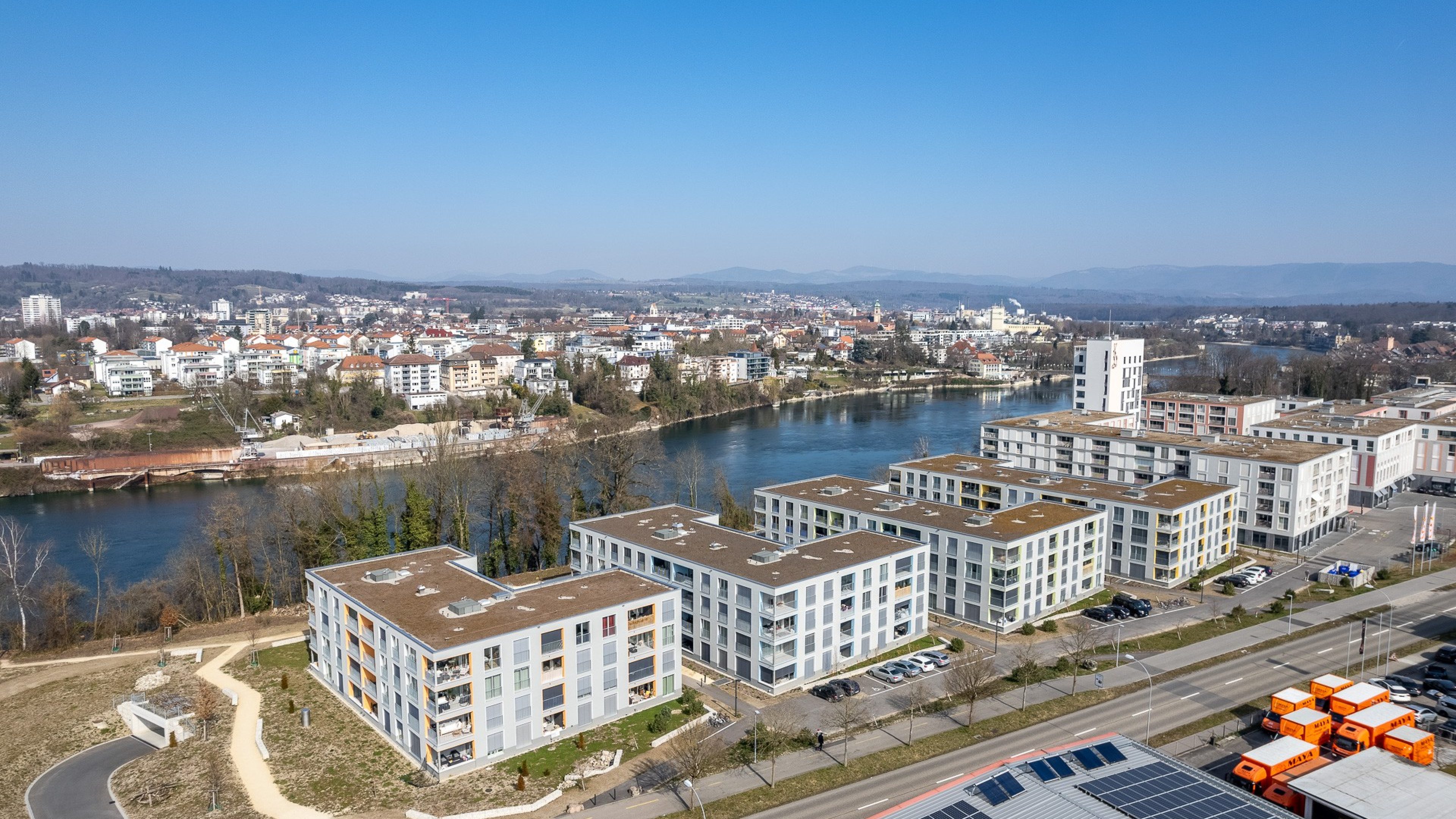 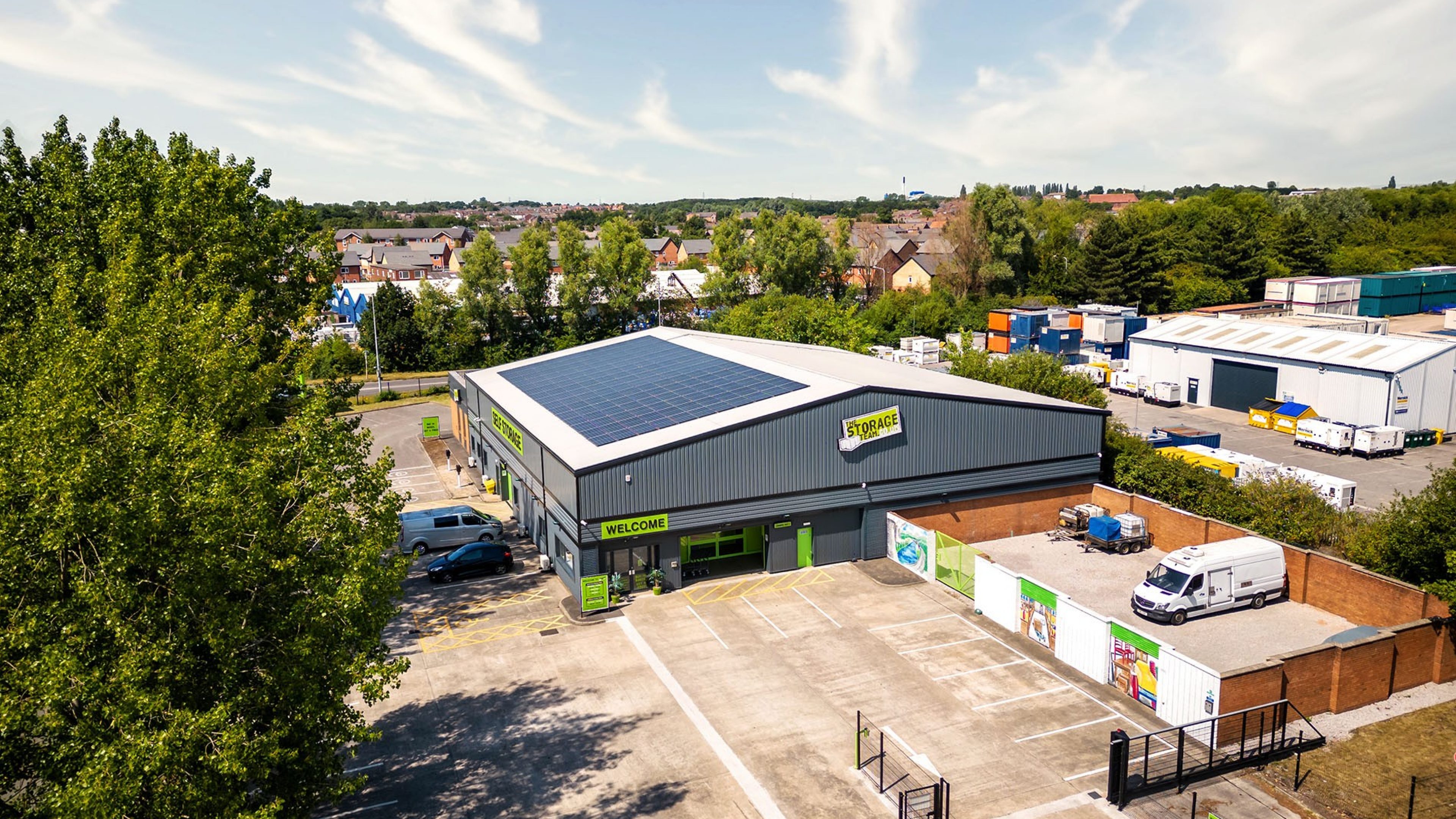 The self-storage sector presents a compelling investment opportunity, even in today’s growing macroeconomic headwinds. An active strategy can generate attractive income returns despite these evolving challenges.