The renovation of Swiss Life Brannhof on Zurich's Bahnhofstrasse is progressing apace. And while excavation, welding and milling is still going on at the construction site, preparatory work for the "Kunst am Bau" is already underway at other locations. Recently, for example, the first bell for a carillon was cast at Rüetschi AG in Aarau.

Various "Kunst am Bau" projects are planned for Swiss Life Brannhof. For example, a six-part carillon for the staircase façade on Lintheschergasse. But how are such bells actually made? We wanted to know more.

"Historically, there has always been something omen-like and fateful about bell castings. Will it succeed or fail?" Christoph Kling, Construction Project Manager at Swiss Life Asset Managers, aptly expressed the excitement which struck everyone who attended Rüetschi AG on a Friday afternoon and watched the bell casters at work. The moment in which the casters pour the molten bronze into the cavity between the mantle and the core is the climax and the almost all-decisive moment in the making of a bell. And yet it only takes a few minutes.

Melting the bronze and casting the bell 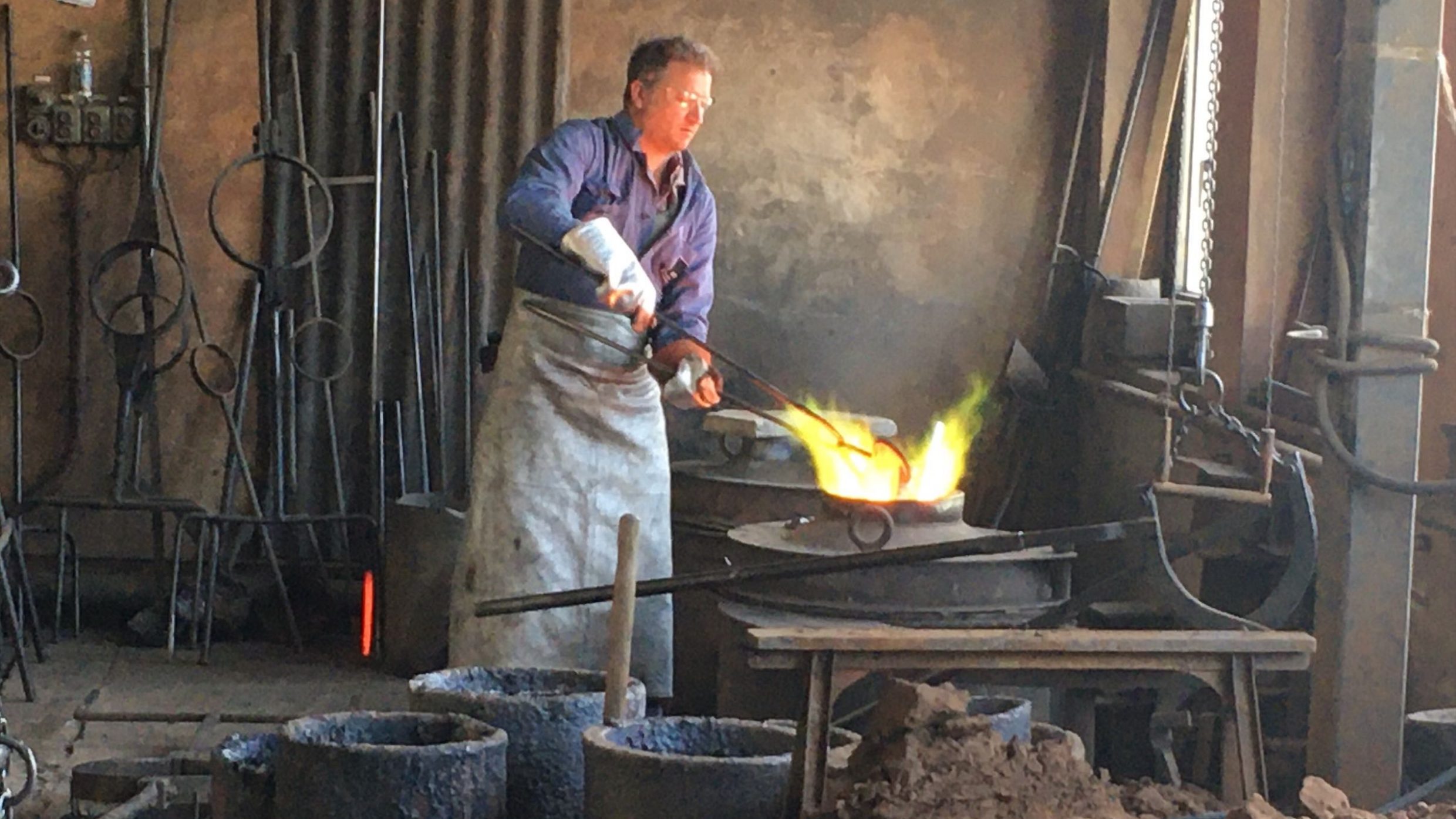 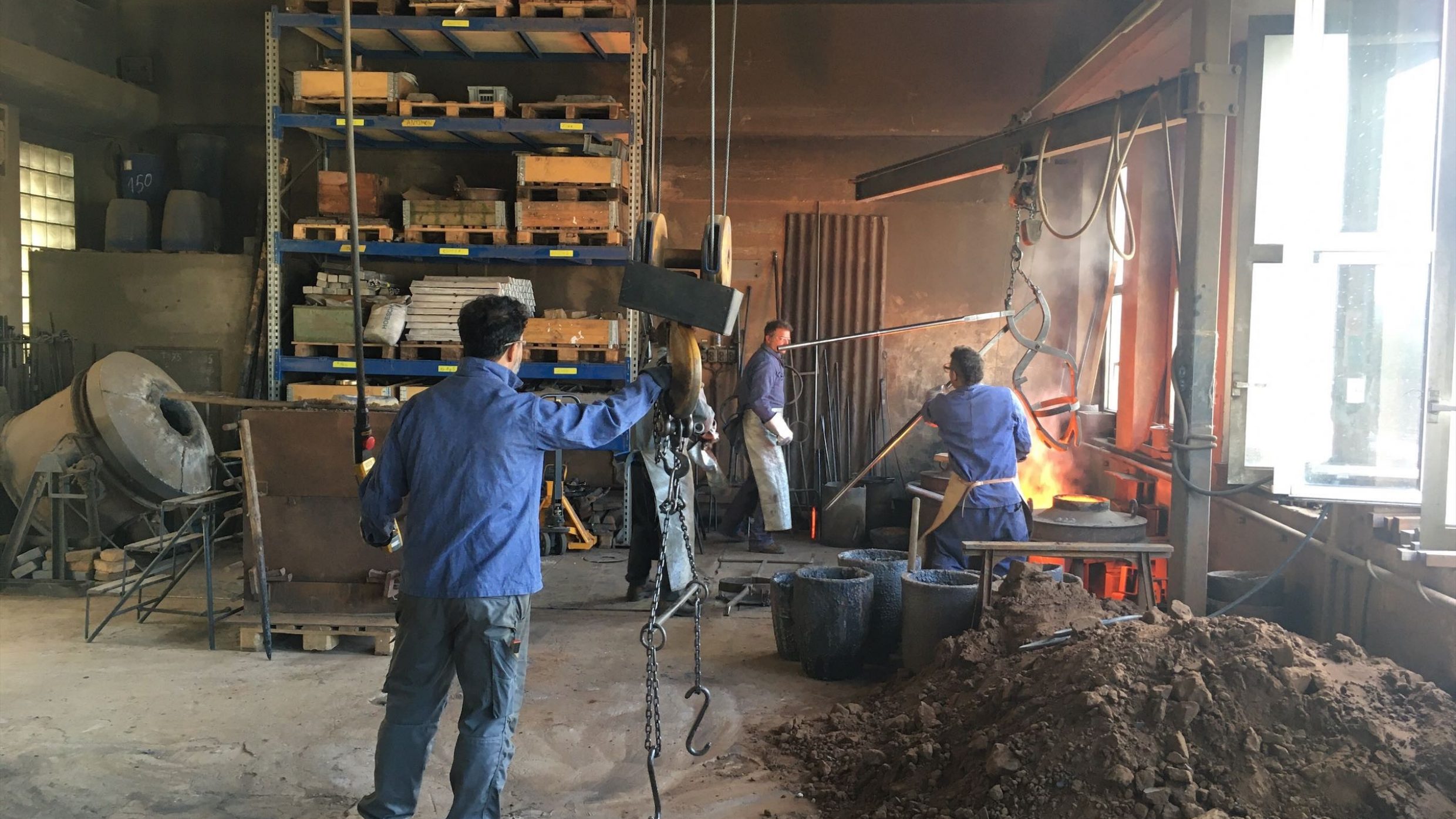 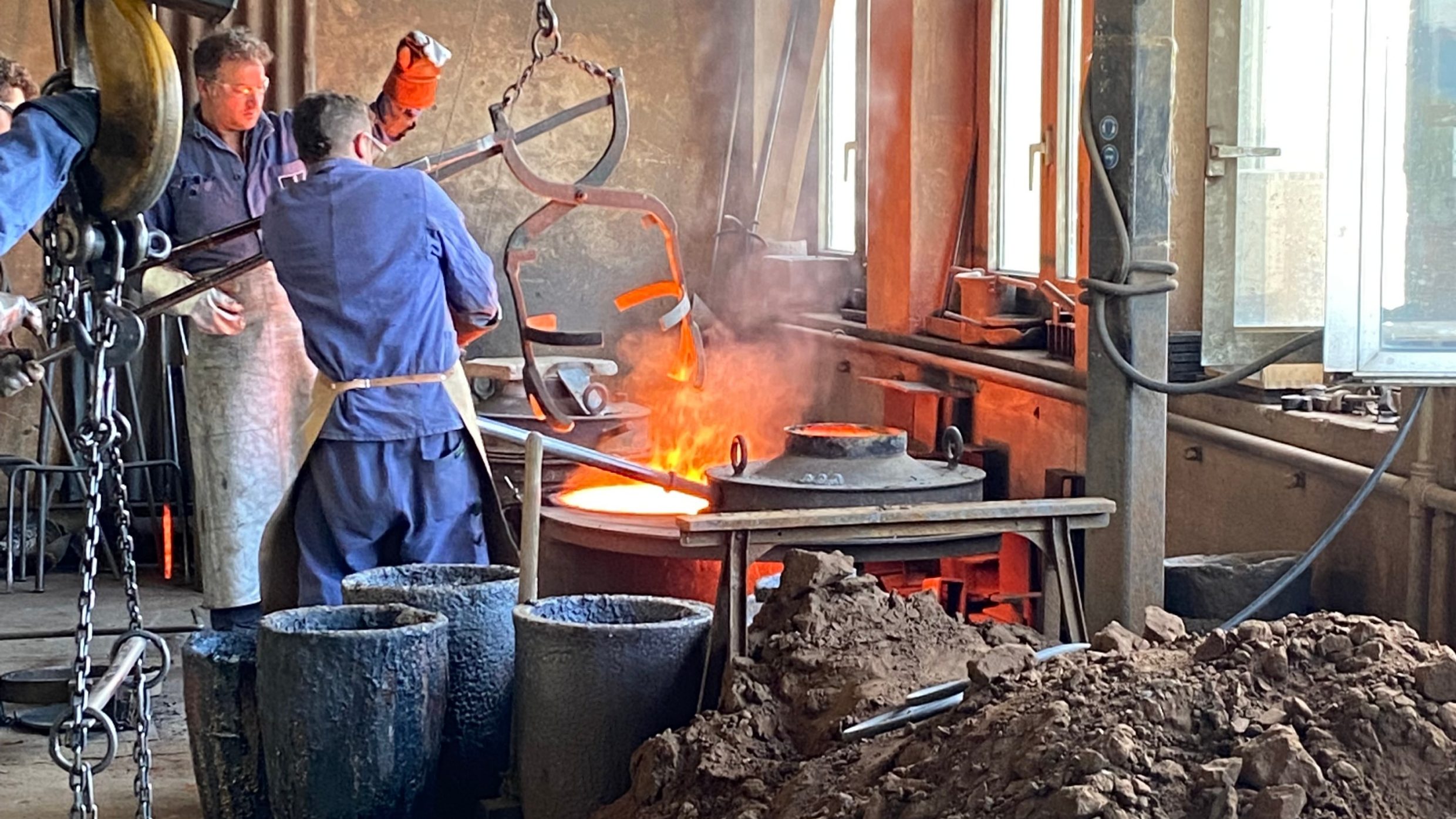 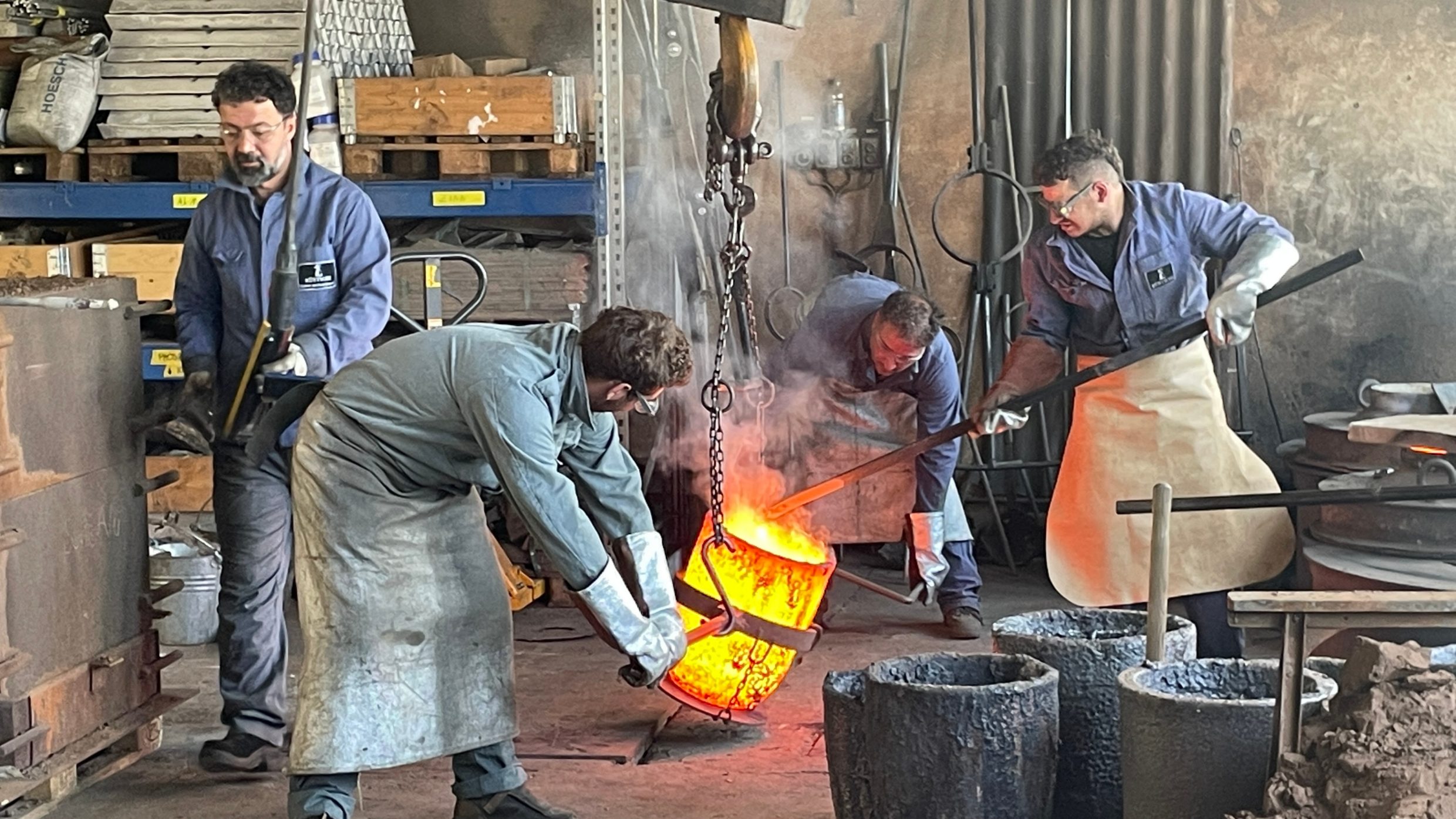 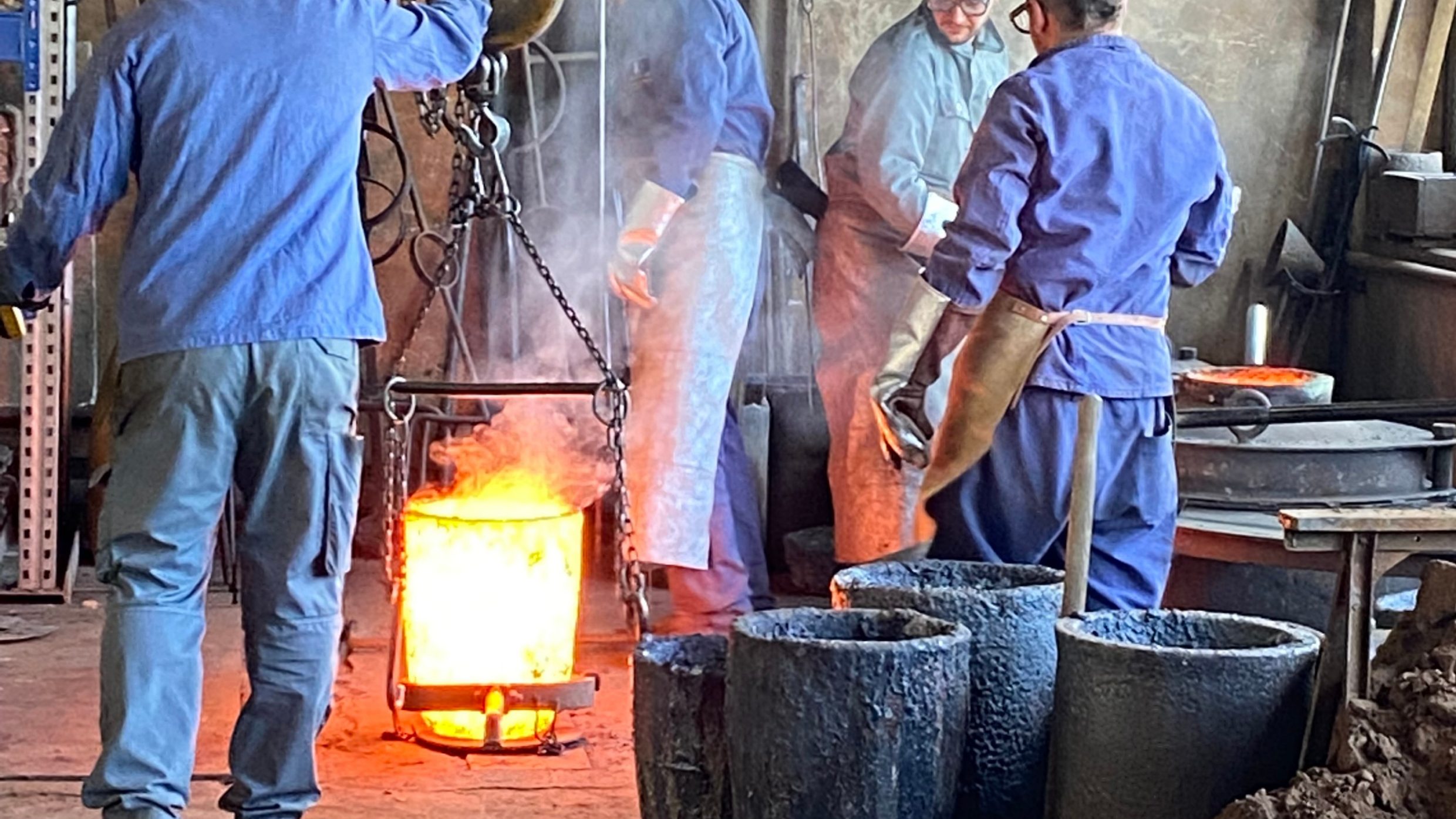 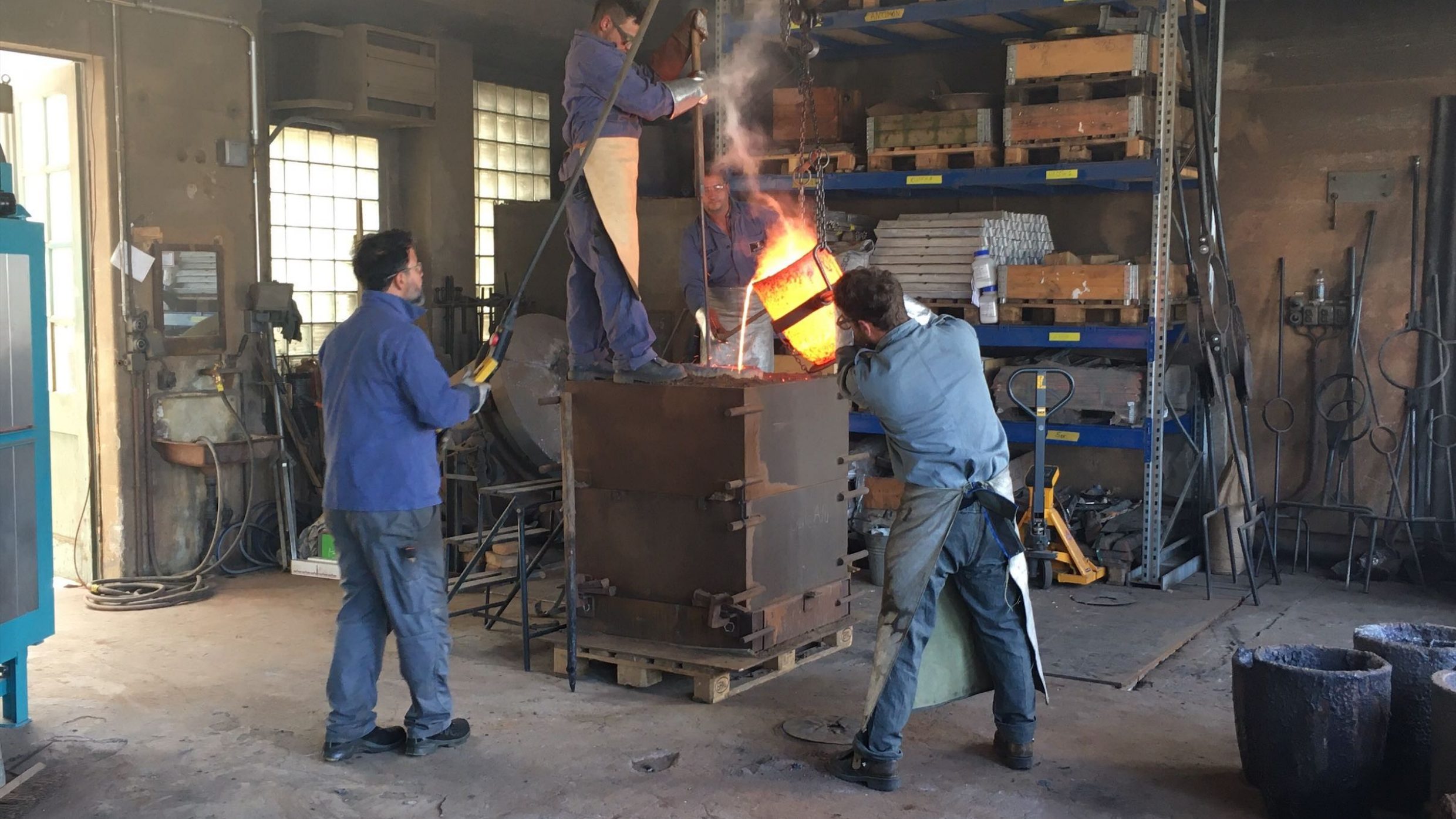 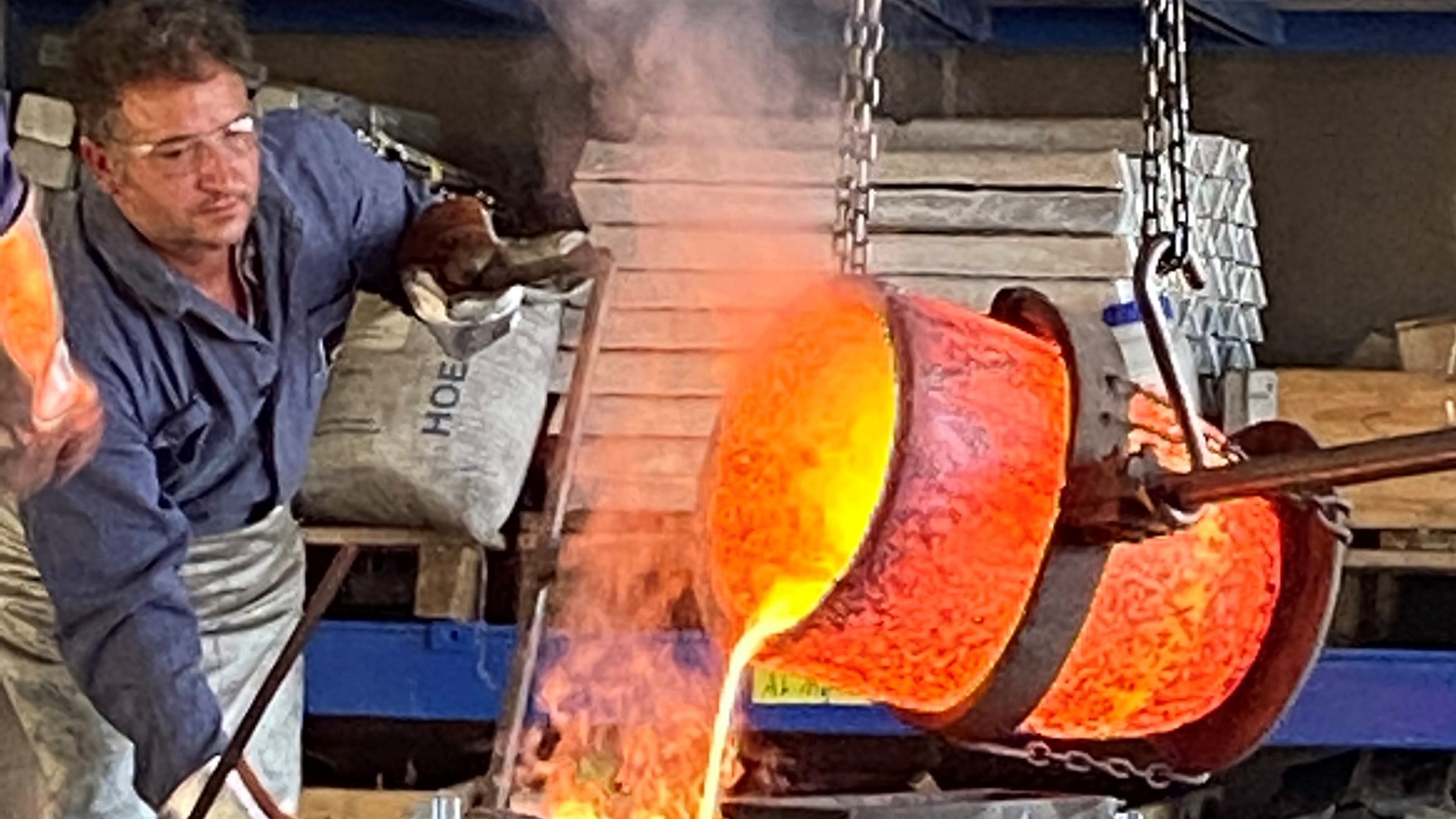 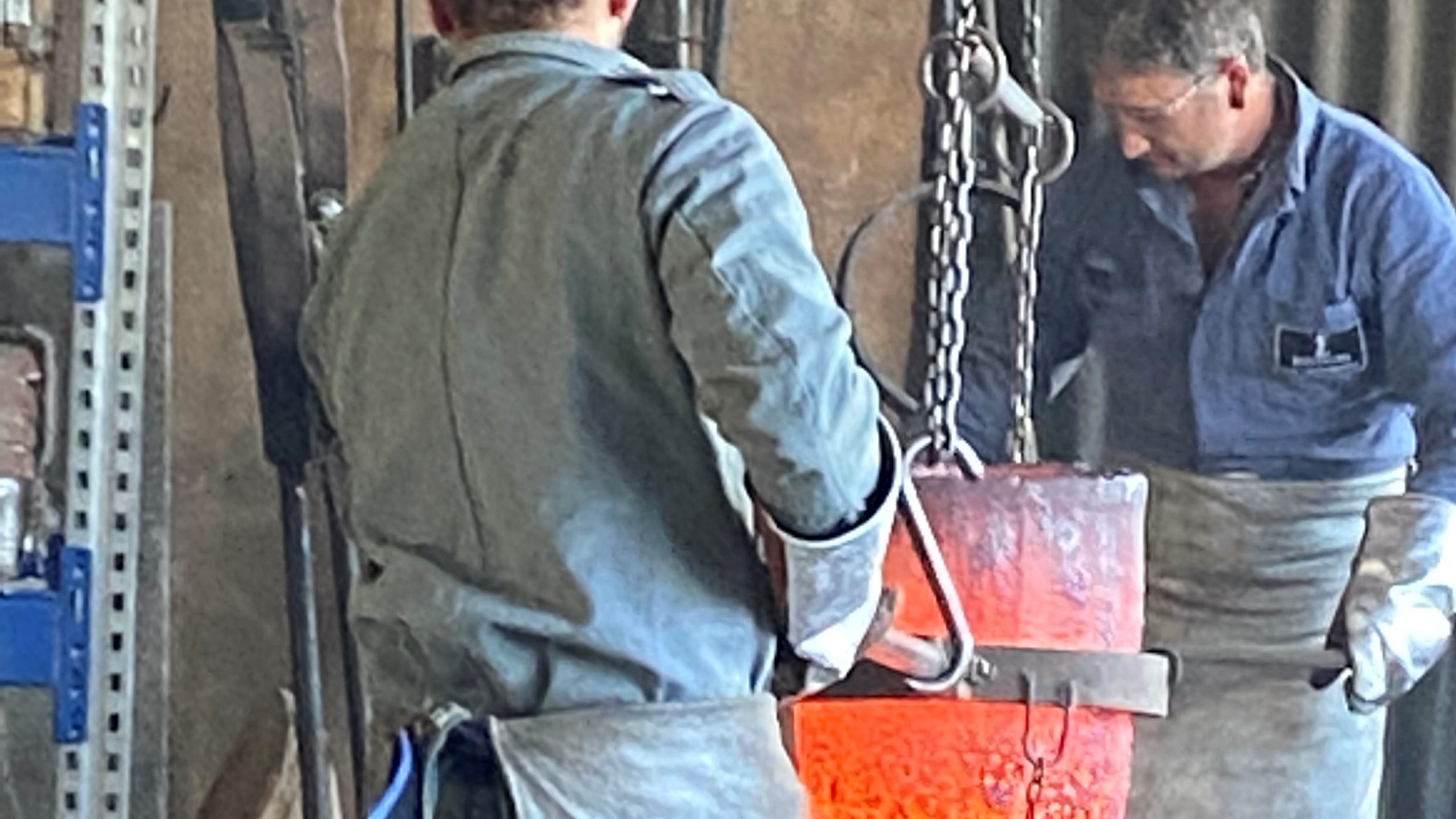 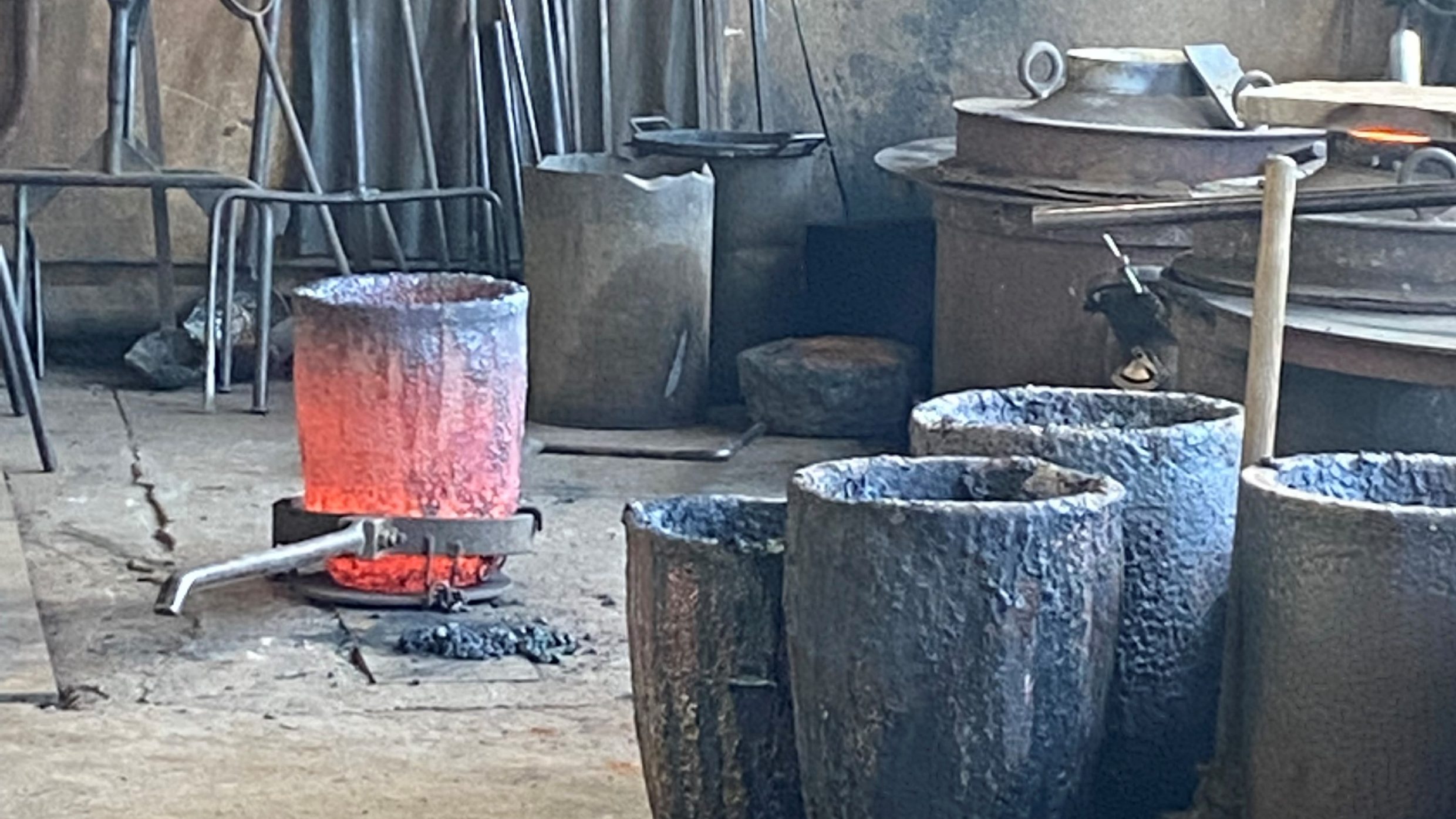 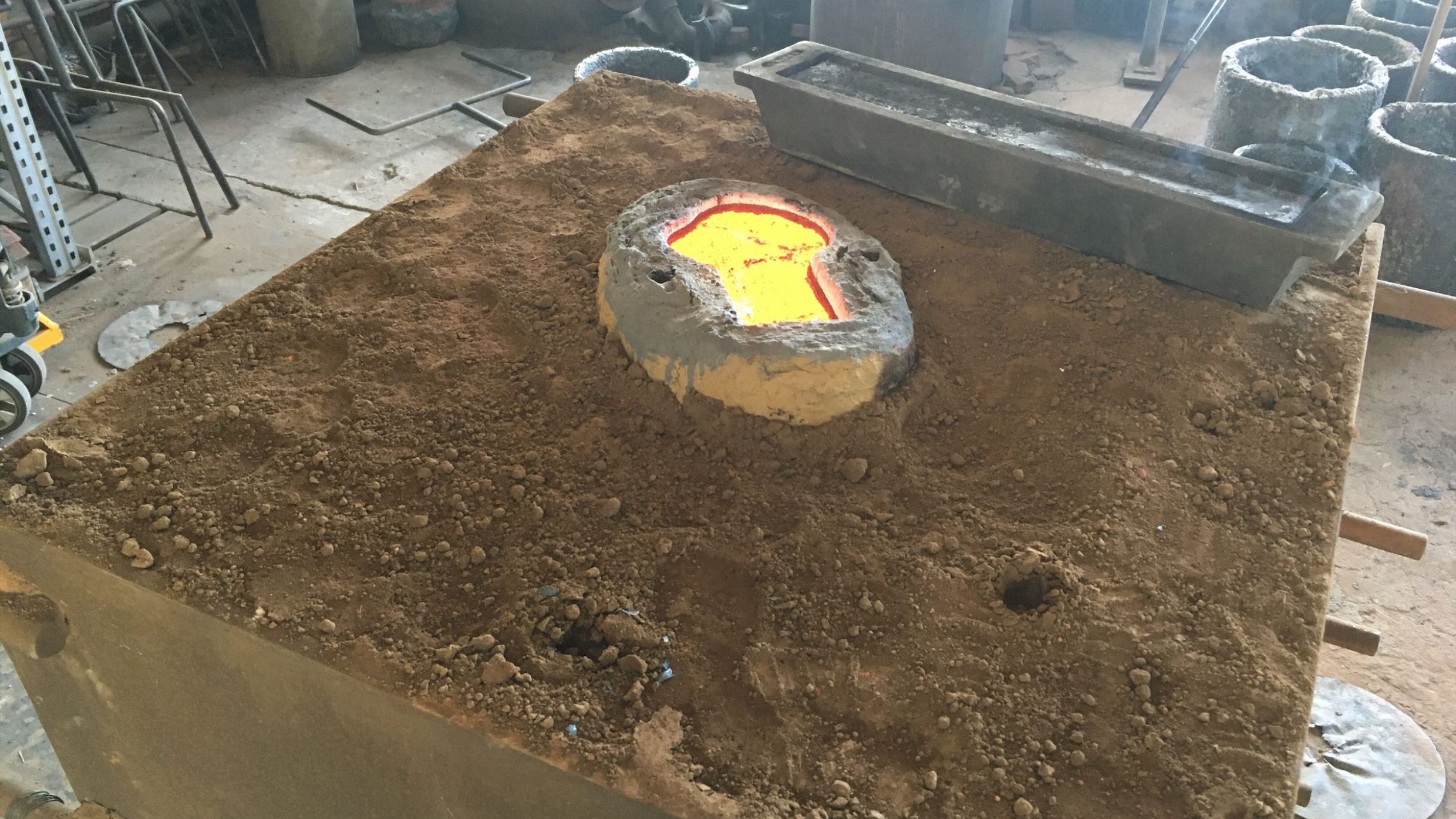 The production of bells

Before a bell is ready for casting, careful preparation is required, which takes weeks, sometimes even months. With the help of a template, a core is formed from bricks and coated with several layers of clay in different steps until the so-called "false bell" is finished. Now decorations can be applied. This is followed by a protective and slip layer. And finally, the caster goves the structure a clay mantle. Once the mantle has dried out, it is lifted off, and the clay layer of the false bell is removed, creating a cavity between the mantle and the core. The casters then pour the "bell metal", the architectural bronze heated to over 1000° C, into it.

Casting usually takes place on a Friday afternoon so that the bell can cool down over the weekend. During the "unpacking" stage it becomes apparent whether the casting was successful, whether the bell has any cracks or marks, or whether the sound is right. Afterwards, several other work processes are required, such as cleaning, brushing and polishing the bronze as well as a sound analysis, before the assembly can be carried out. 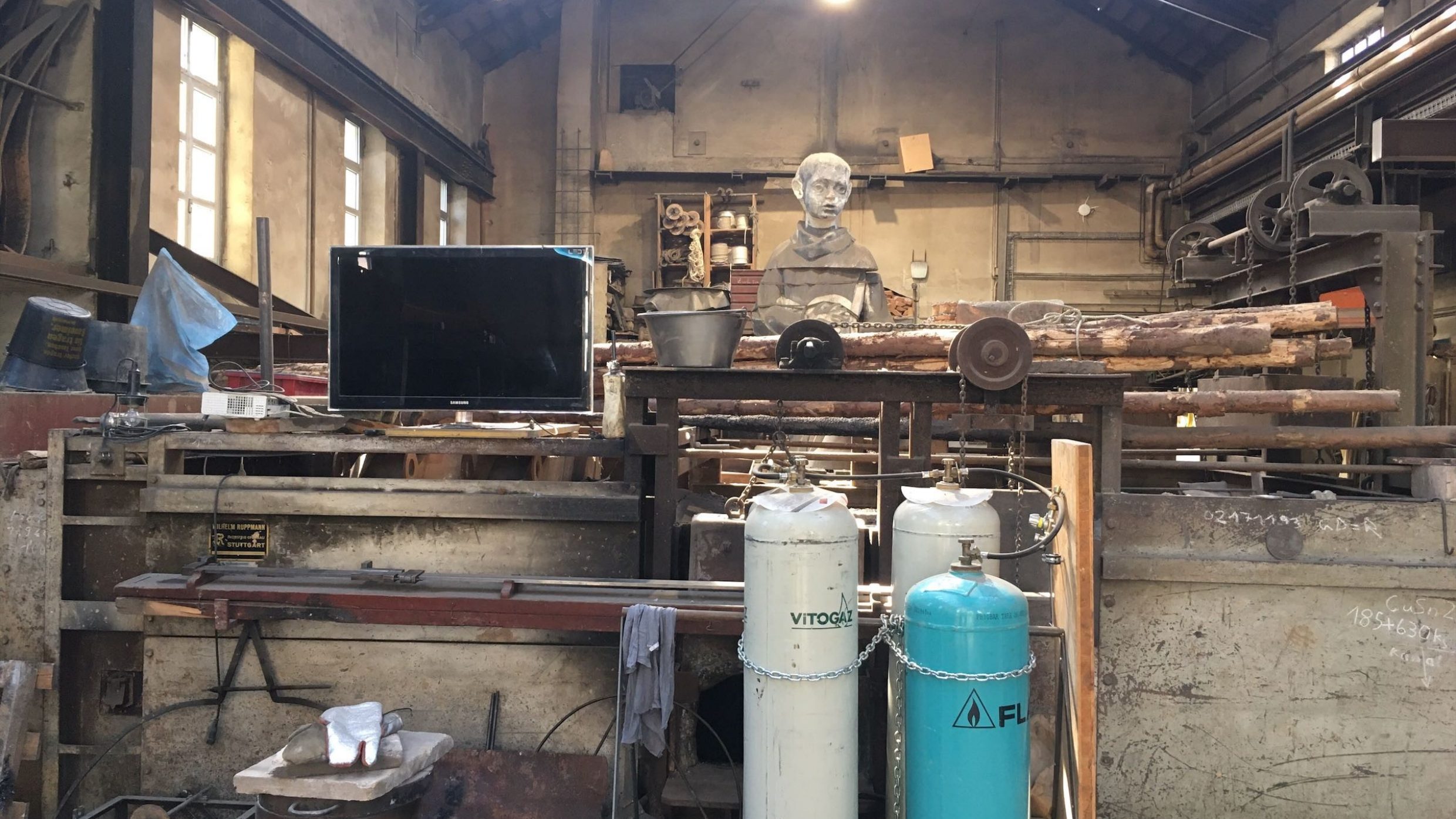 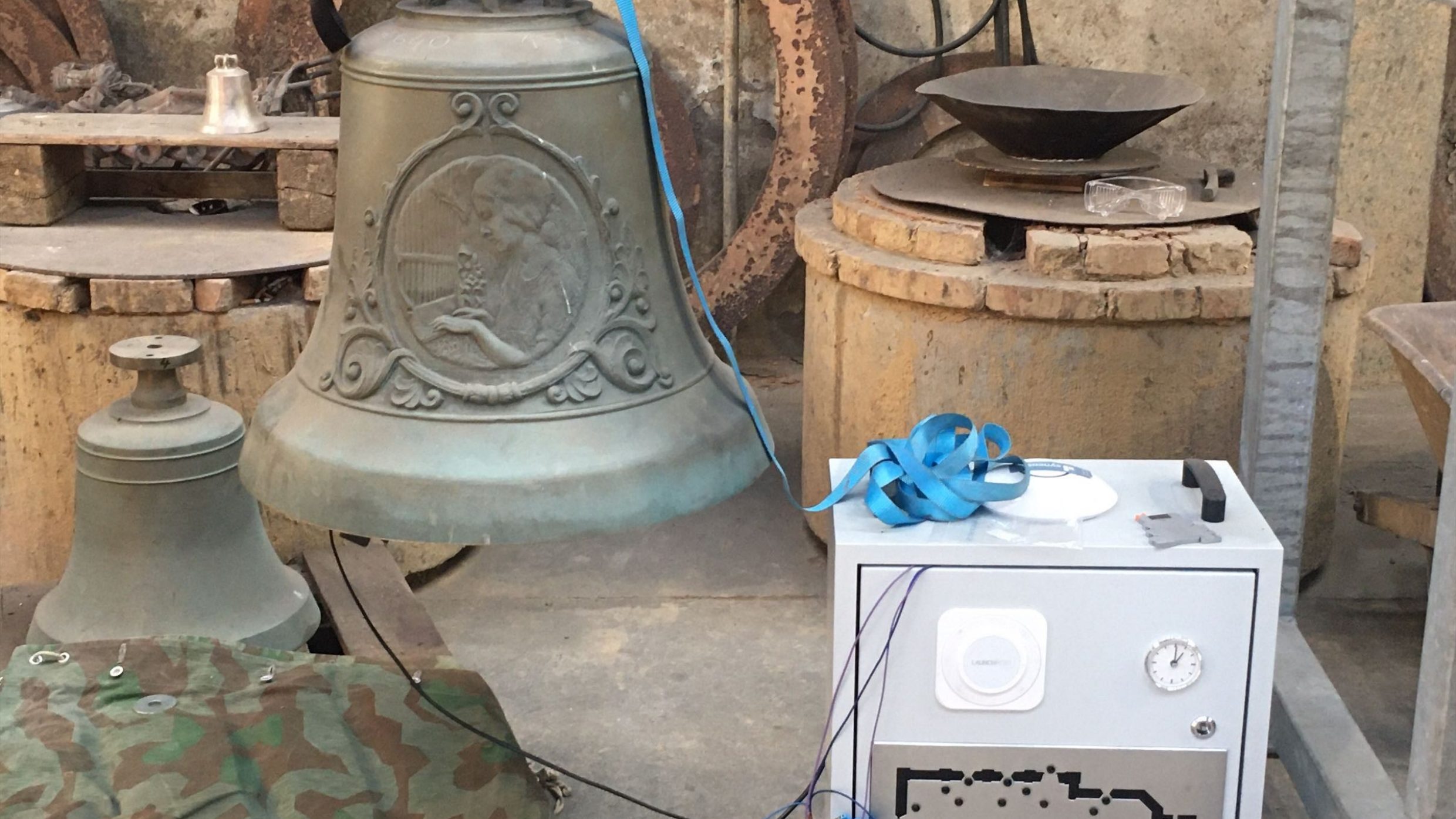 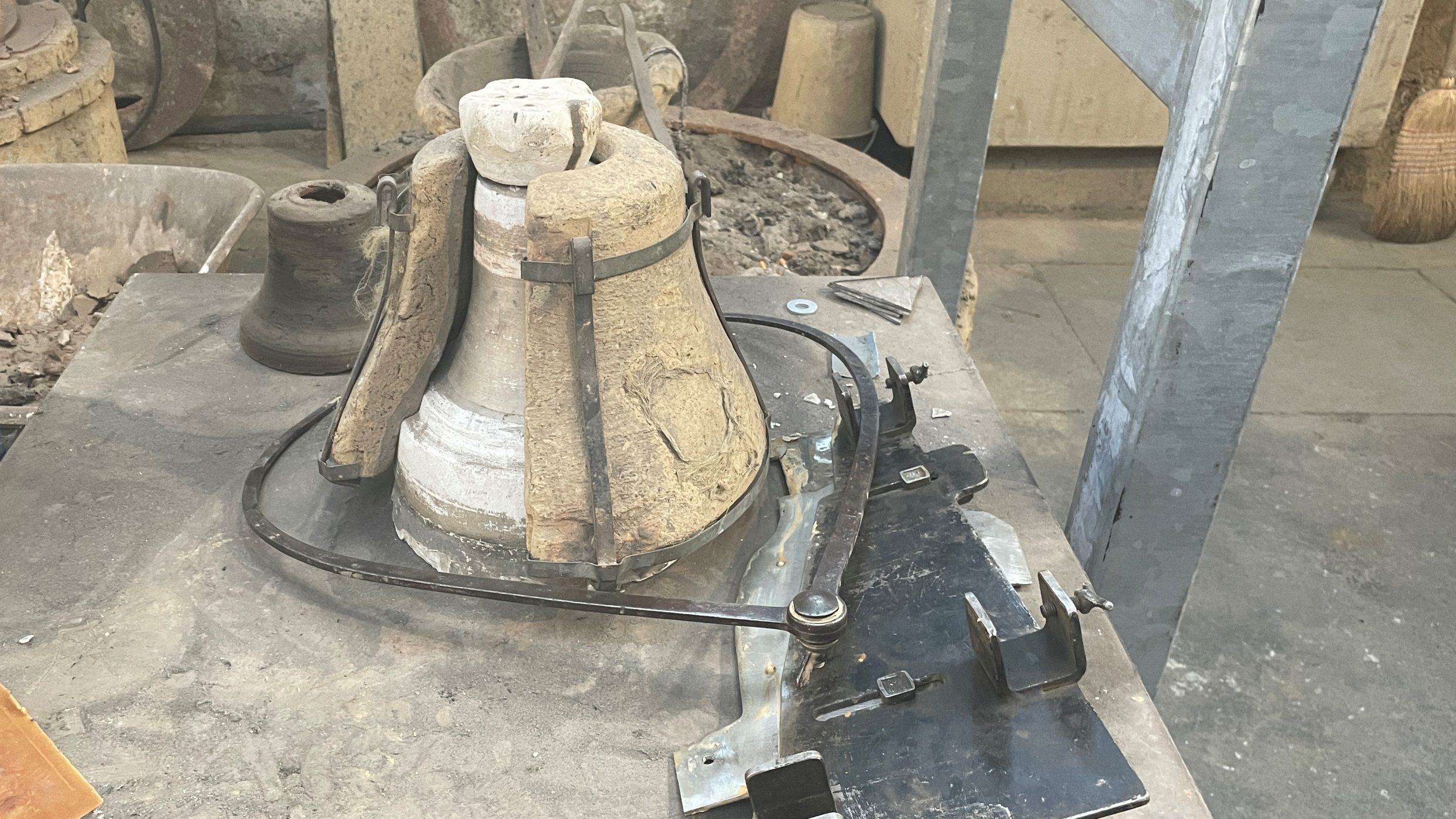 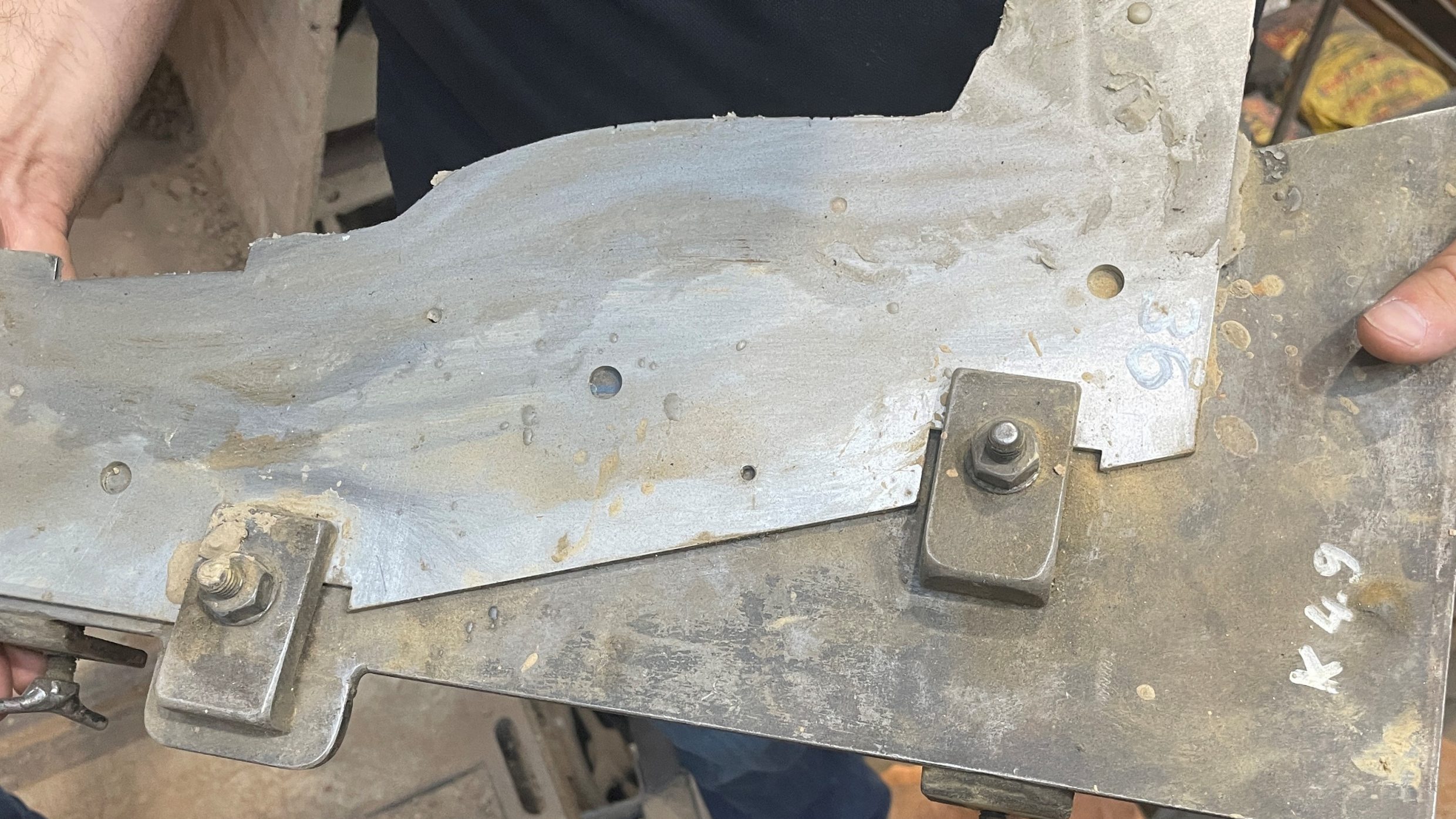 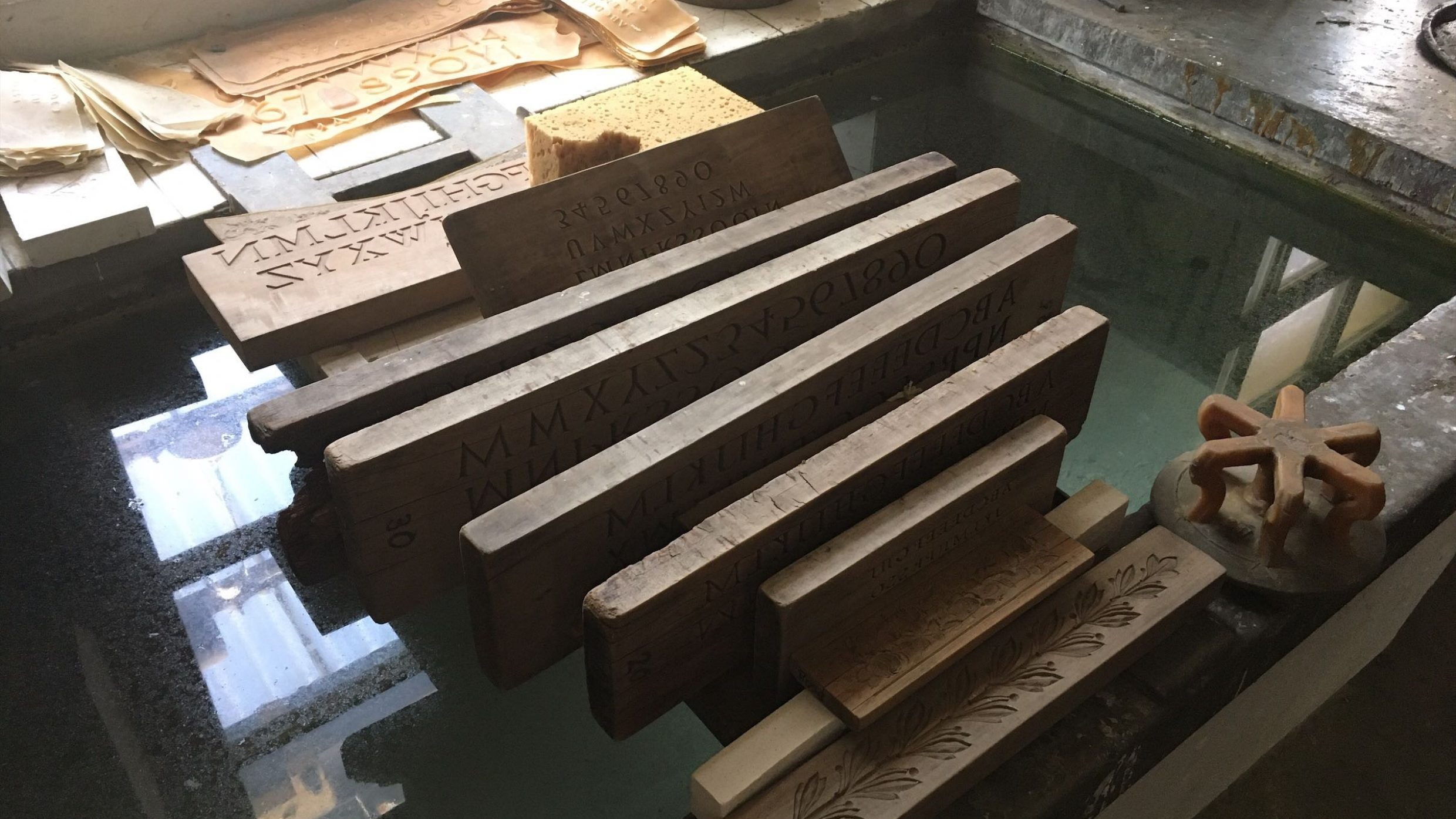 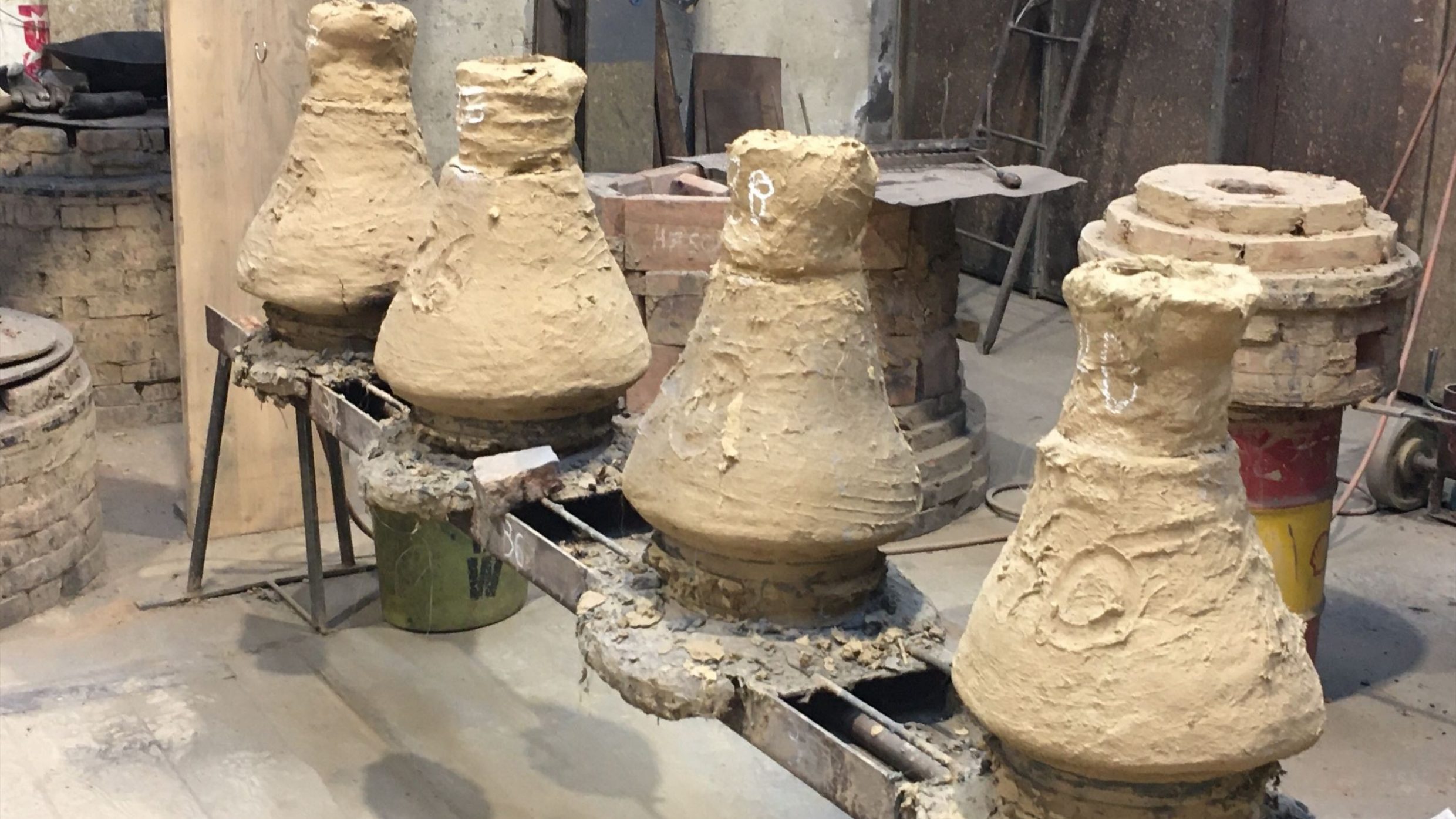 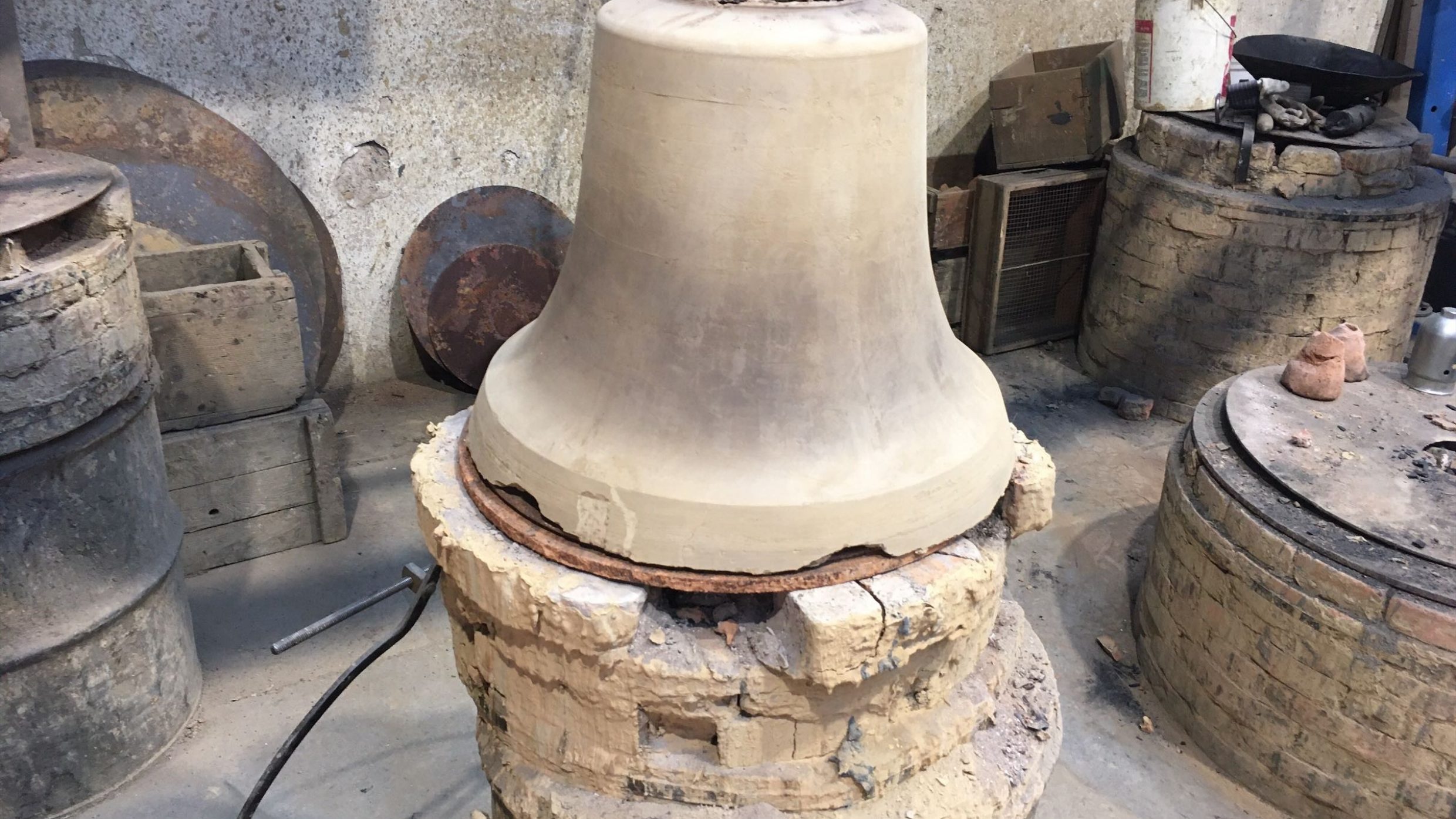 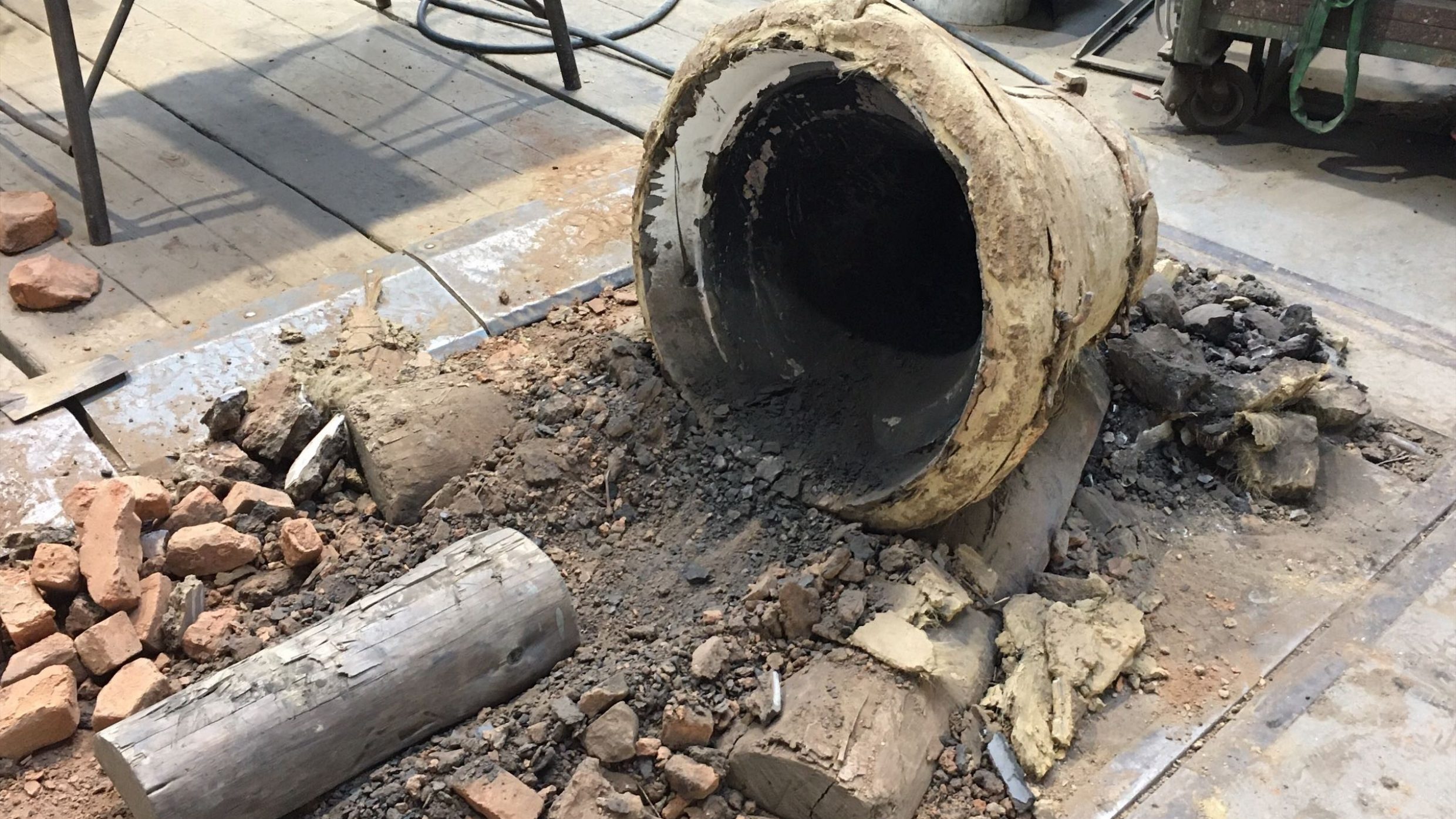 The casting of the first, largest and heaviest bell was successful. It weighs 95 kilograms. The five smaller ones have now also been cast. Next year they will be mounted together as a six-part carillon on the left-hand staircase façade (Lintheschergasse) of the Swiss Life Brannhof. The carillon will be played once a day at an automatically and randomly generated time. According to artist David Renggli, the melody “Stairway to Heaven” by Led Zeppelin is intended to allow passers-by and people strolling on the street to pause for a moment in their activities, and be reminded of their own stories and images, triggered by the familiar sounds.

The cast bells for the six-part carillon 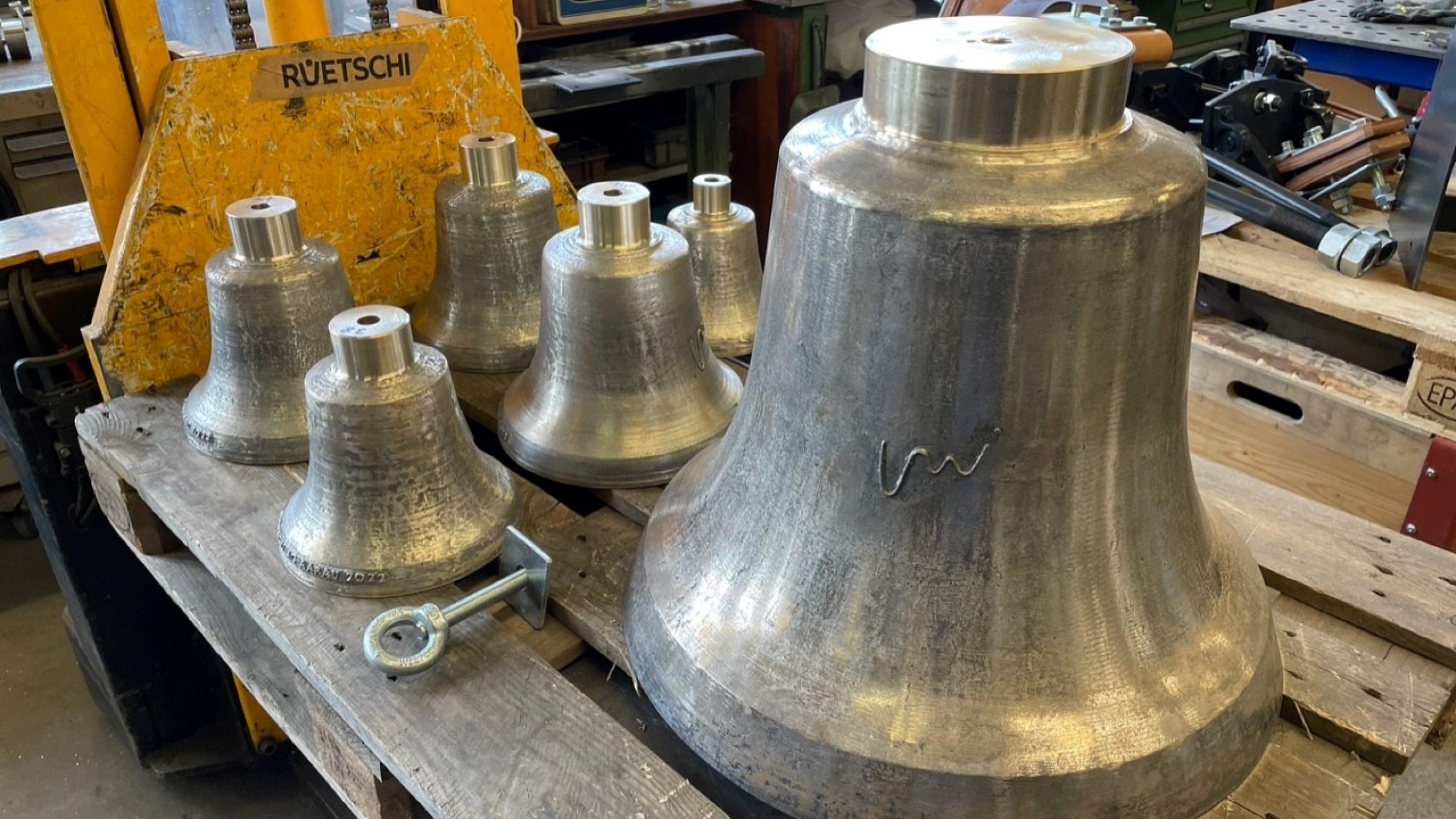 The properties at Bahnhofstrasse 75 and 79 still have to be completed before the "Stairway to Heaven" carillon can sound. This is expected to be in the autumn of 2023.

Rüetschi AG is one of the last and oldest bell foundries in Switzerland. The very informative and richly illustrated book “Glocken für die Ewigkeit. 650 Jahre Glockenguss und Kirchturmtechnik in Aarau” (Bells for eternity. 650 years of bell casting and church tower technology in Aarau) was published in 2017 by AT Verlag to mark its anniversary. 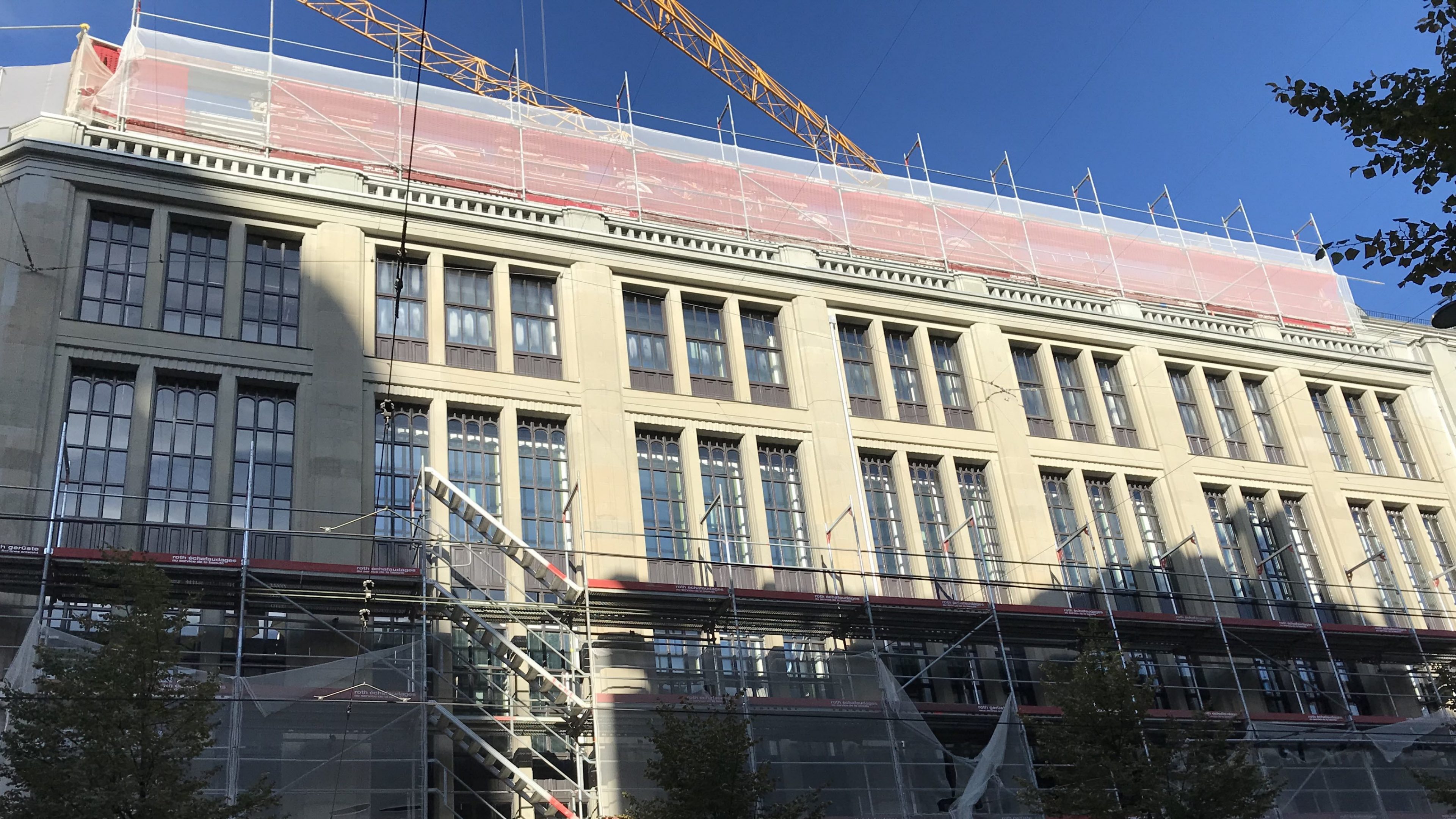 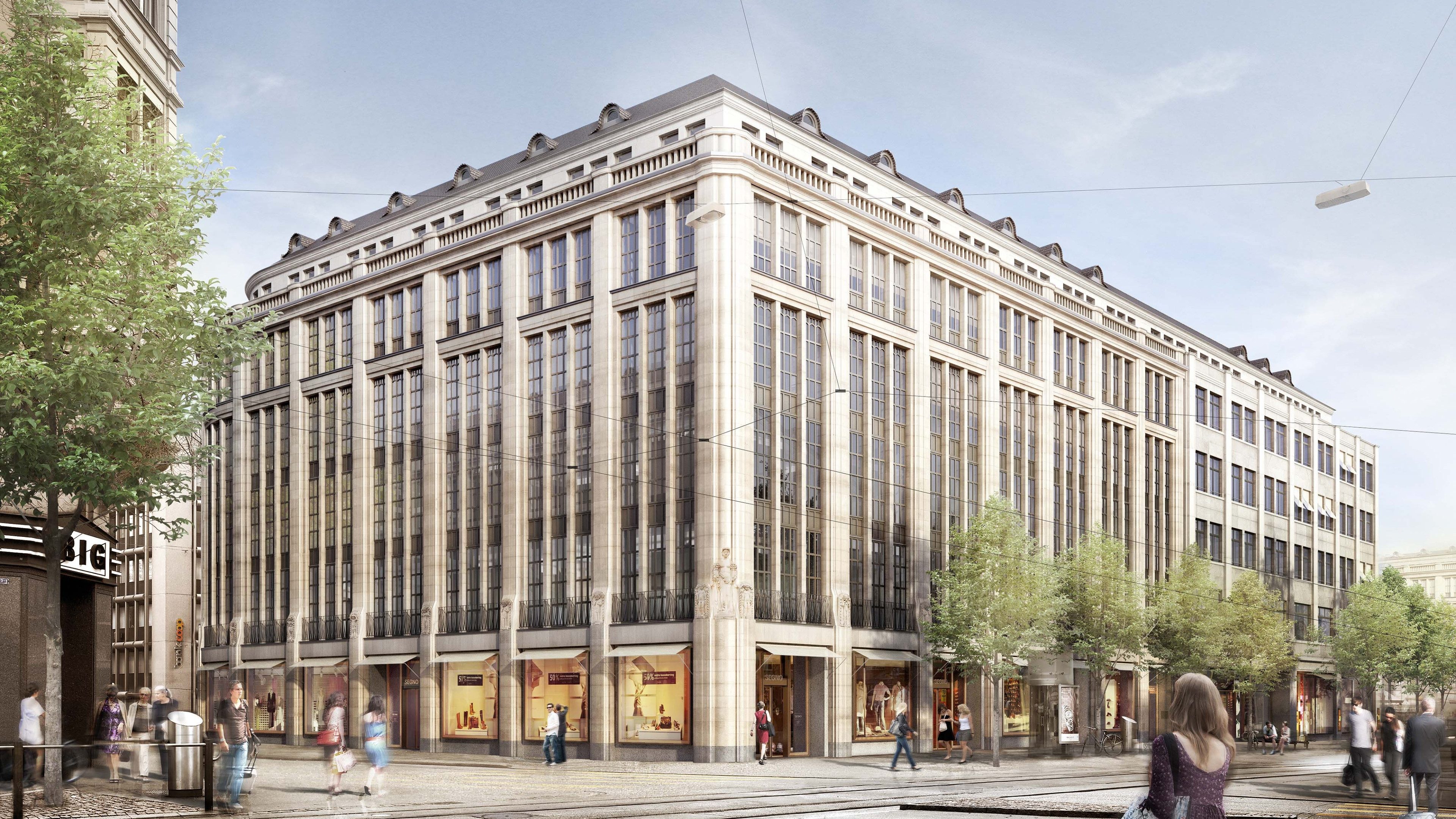 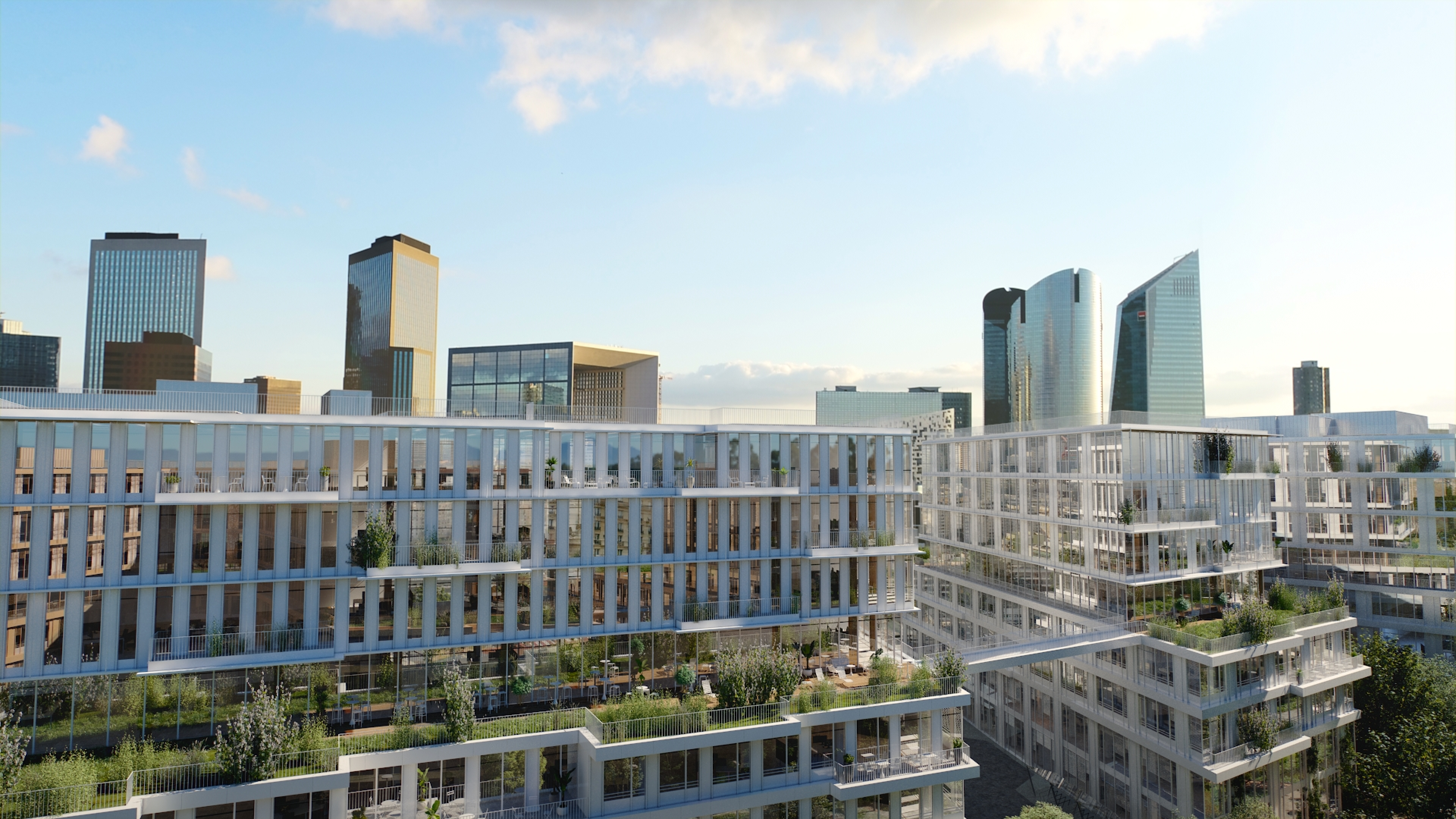 With the world’s urban population set to double by 2050, the real estate sector must adapt fast to avoid accelerating climate change. 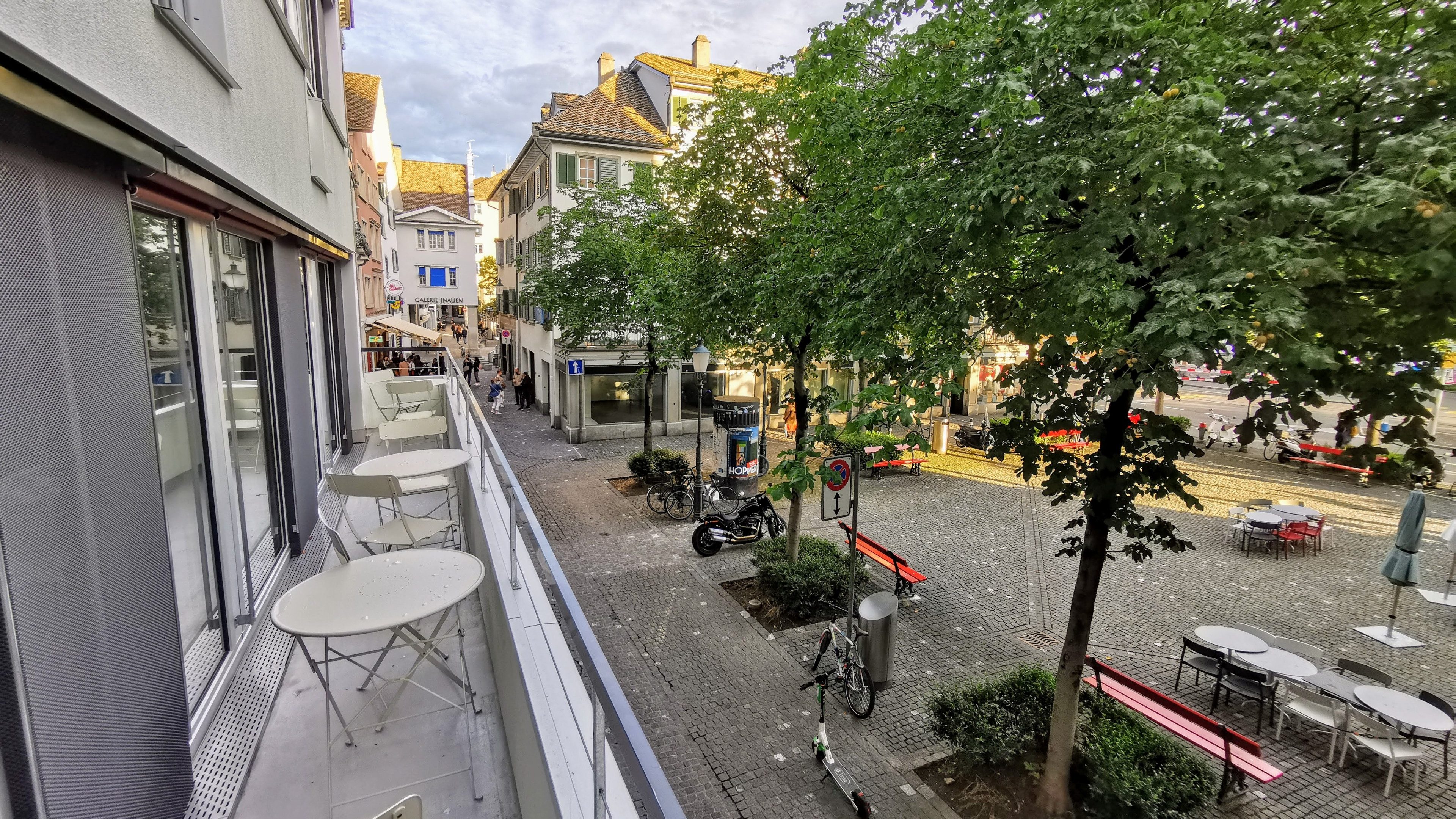 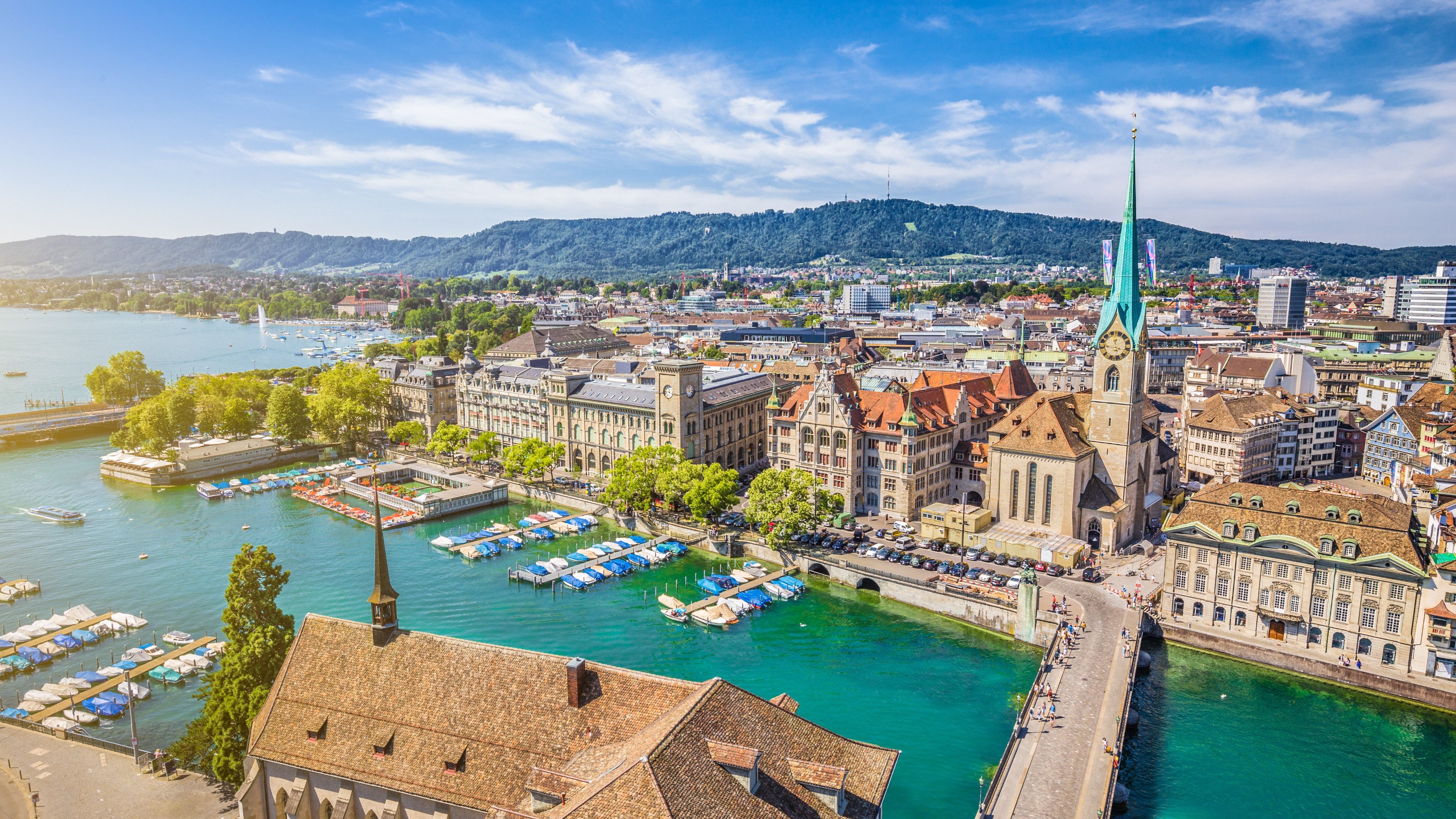 Lake Zurich is a popular recreational area for people living in and around the city. However, it also serves as a sustainable source of energy. ewz, a developer of intelligent, sustainable energy solutions, has been supplying more than 70 properties around Lake Zurich with “green energy” from the lake for heating and cooling.